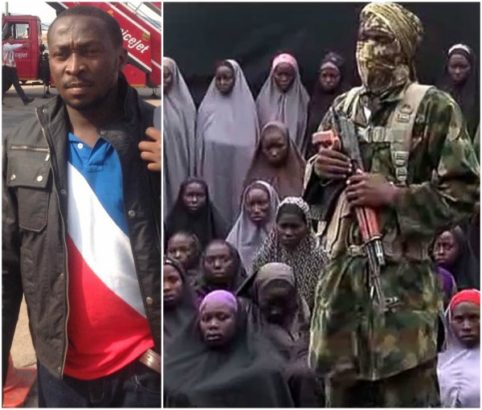 Share this on WhatsApp
Spread the love
Aso Rock has disclaimed journalist Ahmed Salkida’s tweets that stated the remaining 217 Chibok girls in Boko Haran hostage have died off–that only 15 are still alive.
The presidency on Sunday said Salkida’s information is not available to the team involved in efforts to free the girls.
Salkida is believed to have reliable contacts within the terrorist group, and his Saturday tweets came as Nigerians marked the fourth year of the schoolgirls in captivity.
Many of the girls were released through negotiations, and a few escaped from captivity.
No fewer than 113 of them are still believed to be with Boko Haram.
The presidency also noted that Boko Haram has never told the negotiators they girls have been killed, as Salkida claimed.
Presidential spokesperson, Garba Shehu said the journalist is not involved, on behalf of the Nigerian government, in the processes leading to the release of the over 100 Chibok girls that have returned to their families, so far.
“If there is any information he has concerning the remainder of those girls, he has, up till this moment not approached the government of Nigeria with it,” he said in an email.
“All press enquiries on the subject should therefore be directed to Mr. Salkida.
“As stated by President Muhammadu Buhari on Friday, the government is not relenting. We will continue to persist, and the parents should please not give up.
“They also advised not to lose faith in this government’s ability to fulfil its promise, that the girls will not be abandoned or forgotten,” Shehu said.
Share this on WhatsApp