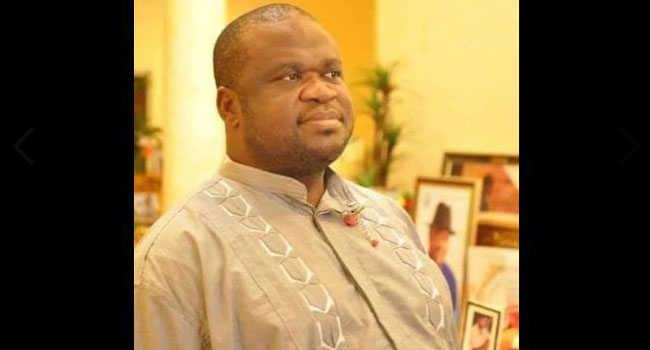 After two petitions by the legal team of Osagie Ize-Iyamu, the Edo APC candidate, in the suit by the PDP seeking his disqualification, the judge presiding over the case has been forced to step aside in a most scandalous manner.

The petitioner claimed Justice Taiwo Oladipupo Taiwo of the Federal High Court, Abuja, is a close friend of Rivers Gov Nyesome Wike’s and an executive of the PDP.

Besides devoting himself to the welfare of judges in his state (he just handed out 24 duplexes) which makes his relationship with judges suspect, Wike equally heads the PDP campaign council of the party’s candidate Gov. Godwin Obaseki.

In the petition dated Aug 20, the petitioner, John Akpanudoedhe,      the national secretary of the APC caretaker committee, pointed at the speed the judge was going about the case.

The justice was accused of moving faster in the hearing of suit against Ize-Iyamu by granting abridgment of time to plaintiffs in the matter when motion for same had not been moved.

When the matter came up the last time, counsel to Ize-Iyamu, SAN Roland Otaru and that of APC Mr. Ehiogie West-Idahosa drew the attention of Justice Taiwo to the petition and asked him to suspend proceedings pending the time the chief judge will give directive on the petition.

The two petitions were all back by affidavits.

In a very emotional announcement of his decision Justice Taiwo regretted that his integrity has been maliciously called to question.

“The contents of the said petition are wicked and unsubstantiated. It is very disturbing that counsel would write this petition and even back it with an affidavit,” he said on Thursday.

“It is not only coronavirus that has become a pandemic, the spate at which politicians write petitions against judges should be declared a pandemic and should be checked.”

According to him, it is unfortunate judges cannot respond to petitions against them through the media

“I do not for the record have any affiliation, personal or political with any of the parties in this case,” said, identifying one of the petitioners, a lawyer, and his chamber.

The judge subsequently remitted the case to the Chief Judge for reassignment to another judge.