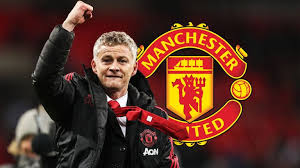 Share this on WhatsApp
Spread the love
Reports reaching National Daily reveal that Manchester United are favourites to qualify for UEFA Champions League next season as they are tipped to finish above Chelsea and make the top four of the Premier League.

This is however according to the view of Arsenal legend Paul Merson.

The Blues are currently fourth in the table after their dominant 4-0 win over Everton on Sunday, although the Red Devils remained hot on their heels by beating Manchester City at Old Trafford later in the same afternoon.
The Red Devils are still on the fifth position with one place and three points behind Chelsea, but now have a better goal difference. Meanwhile, United according to Merson are showing signs of serious improvement.

The former England international also sees Ole Gunnar Solskjaer’s side as having much more favourable fixtures to Frank Lampard’s men, with Chelsea still having to go to Anfield National Daily further learnt from Merson’s assessment.

We were looking at United earlier in the season and thinking, “How are they going to break teams down at home?” Merson queried on Sky Sports.

‘But now you look at them, and they’ve got two players who can pass it around, with the legs of Fred too. And with the pace up front, they’re starting to look like a team.

‘I think Manchester United are turning a corner, not a bend, but a major corner. ‘I think Chelsea will do well to finish above United, with their fixtures.’

Manchester United’s remaining fixtures against top half sides are Spurs away on Sunday and Leicester away on the final day of the season.

Chelsea also only have two remaining fixtures against top half sides, Liverpool away and Wolves at home in their final two games of the campaign.

United boss Solskjaer knows his team still have work to do, but after beating the champions at the weekend, is confident of cracking the top four.

Solskjaer is desperate to fight it out with Chelsea and Leicester

‘We feel we are improving all the time. We know we lack one or two, three players, and some experience, to be considered a title contender,’ said the Norwegian.