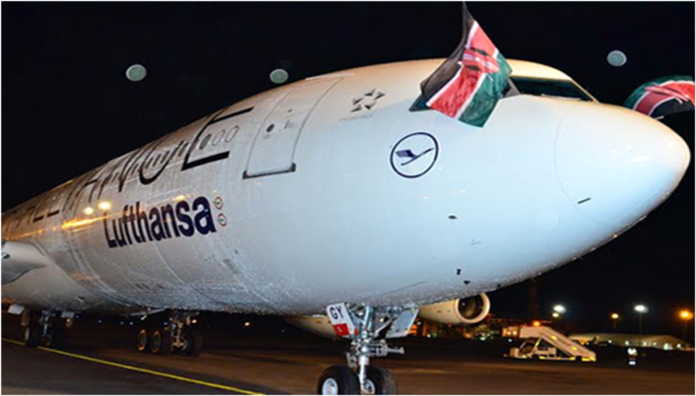 THERE is a looming mass exodus of foreign airlines out of Nigerian route over challenges to repatriate revenue from ticket sales in major foreign currencies, a situation that will further drag the nation’s economy to the muds. A major German carrier, Lufthansa Deutsche, has indicated signals of pulling out of the country as it has experienced a huge drop in the market value on Nigerian route.

The airline said it is closely monitoring its flights to Nigeria as the aviation industry awaits payment of about $600 million in outstanding air fares in the country, which is struggling to cope with depleted U.S. currency reserves.

The Managing Director for sub-Saharan Africa of the German carrier, Claus Becker, said in an interview that it has made “minor adjustments” to winter flights to Africa’s biggest economy. But with the prevailing snag in revenue repatriation, Becker expressed fear that the airline might pull out sooner or later, depending on how the situation improves.

It would be recalled that America’s United Airline has already taken the exit door because of the same repatriation challenge. Also, Spanish Iberia and UK’s Virgin are on the verge of exit. Their exit will definitely have a negative impact on the nation’s economy as many business prospects won’t condone a loss in profit margin after rigorous and tasky operations.

Aware of the dangers ahead, the Central Bank of Nigeria (CBN) recently said it will intervene “as the need arises” though it would still monitor the forex processes strictly, the CBN Governor, Godwin Emefiele confirmed.

According to him: “We’re talking about an open, transparent two-way system… It’s intended we don’t have speculators and rent-seekers. I don’t expect that any other exchange rate will be recognized.”

For the first time however, the CBN appointed primary dealers who are expected to help boost foreign exchange, FX, liquidity in the market and introduced a two way quote which basically means that the market will act like the stock market where buyers and sellers will state price and quantity they are willing to sell.

And while the CBN comes up with remedial measures to loosen its tight fist on forex, the International Air Transport Association (IATA) is in talks with the Nigerian government about the non-payment of fares and may reach a solution in the next few weeks.

IATA has appealed to Nigerian government and four others to respect international agreements obliging them to ensure airlines are able to repatriate their revenues.

The funds were proceeds from sale of tickets by the airlines in the last 12 months, which could not be repatriated due to Federal Government’s policy on foreign exchange.

Director-General of IATA, Tony Tyler, at the just concluded 72nd yearly general meeting of the organisation in Dublin, said: “While air connectivity is vital to all economies, the airline industry is a competitive business operating on thin margins.

A global estimate disclosed at the meeting shows that Nigeria is second after Venezuela as the country with highest number of trapped funds. While Venezuela traps a total $3.8 billion in its economy in the last 17 months, others like Sudan has $360 million for four months; Egypt, $291 million in the last four months and Angola, $237 million for seven months.

For Nigeria, IATA said that repatriation issues arose in the second half of 2015 when demand for foreign currency in the country outpaced supply and the country’s banks were not able to service currency repatriations.

“Nigerian authorities are engaged with the airlines and are together with the industry seeking possible measures to make the funds available.

“Blocked funds are a problem in a diverse group of countries, some of them undergoing significant economic challenges, particularly with a fall-off in oil revenues. But one thing all five nations have in common is the urgent need for robust air connectivity that is being hampered by airlines’ difficulty in repatriating funds.

“Strong connectivity is an economic enabler and generates considerable economic and social benefits something that struggling economies need more than ever. It is in everybody’s interest to ensure that airlines are paid on-time at fair exchange rates and in full,” Tyler further said.

“So, the efficient repatriation of revenues is critical for airlines to be able to play their role as a catalyst for economic activity. It is not reasonable to expect airlines to invest and operate in nations where they cannot efficiently collect payment for their services.”

“We always take a very thorough and cautious approach there will be no erratic decisions on our side,” Becker said in Nairobi, the Kenyan capital. “The size and magnitude of Nigeria as a market is so immense.”

Lufthansa’s commitment to Nigeria comes after U.S. carrier United Airlines halted flights to the country and Iberia of Spain stopped a route to Lagos, the commercial capital.

Nigeria owes airlines outstanding air fares as the oil-price slump depletes reserves of the U.S. currency and prompts the government to limit the amount of money that can be moved abroad. The figure owed to carriers was $575 million on March 31 2016, IATA said last month.

IATA is trying to avoid a repeat of the aviation industry’s struggles in Venezuela, which owes 24 carriers $3.6 billion.

In Kenya, Lufthansa will triple passenger capacity on routes to Nairobi to tap increasing demand from a tourism-industry revival, Becker said.

The German airline will begin operating the Airbus Group SE’s A340-300 wide body aircraft into the city starting in September, tripling its carrying capacity to 298 passengers from 89 currently.

The carrier had planned to operate an A340 on the route after cutting operating costs to destinations where yields are weaker, partly by ripping out first-class berths and installing a smaller business class.

Lufthansa reported a load factor of 94 percent on the Nairobi-Frankfurt route between January and April this year, Becker said, referring to the industry term for percentage of seats filled. 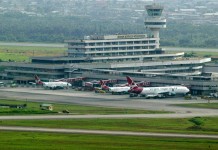 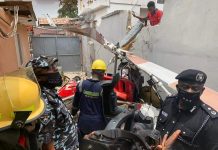