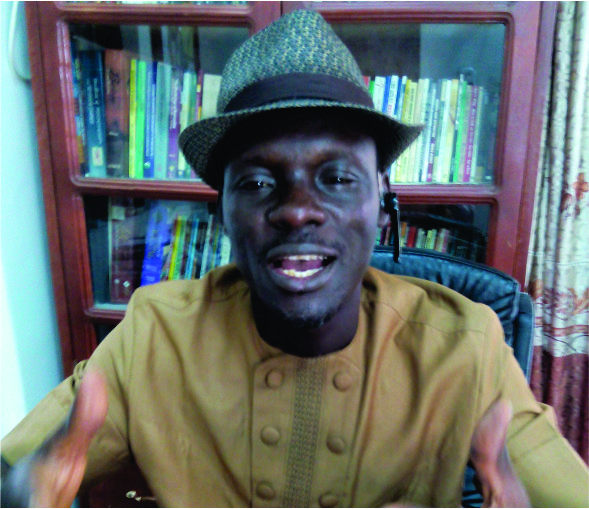 From PRINCE MONDAY WHISKEY, Regional Editor – South South
A front line Niger Delta activist and human rights advocate Comrade Sheriff  Mulade has condemned‎ the purported scrapping of the Federal University of Marine Technology at Okerenkoko, Gbaramatu Kingdom, Warri South West Local Government Council of Delta State describing the decision as retrogressive and an ill-wind that will not do the country any good.
According to Sheriff Mulade who is the National Co-ordinator of the Center for Peace and Environmental Justice (CEPEJ), the scrapping of the Nigerian Maritime University project proposed by the Nigerian Maritime Administration and Safety Agency, NIMASA is a wrong decision to be taking by any government that wants the peoples support.
The National Coordinator of CEPEJ stated that the university would have provided jobs to the teeming unemployed Nigerians and further stem the tide of youth restiveness in the riverside communities that have been without any form of tertiary education  of any kind since inception of Nigeria as a country.
The group stated that the cancellation amounts to denying the people of the area their right to development, adding that the terrain is part of Nigeria and produces ‘’reasonable income for Nigeria’’.
It warned the federal government against playing politics with development as every part of the country deserves government’s attention and development.
The statement said: ‘’Before the government will come out with that decision, it is expected that the Minister should have visited the site for on the spot assessment of the extent of work done and not sit in Abuja and cancel a project of such magnitude, which is capable of making the economy of the area to boom, thereby raising the standard of living in the area.
‘’So, we are advising the Minister to retrieve the statement which we believe might have been a slip of tongue and visit the area to see things for himself.’’
It expressed dismay over the cancellation, saying that the university was not a private institution and should not have been tied to the 2015 presidential polls.
PV: 0