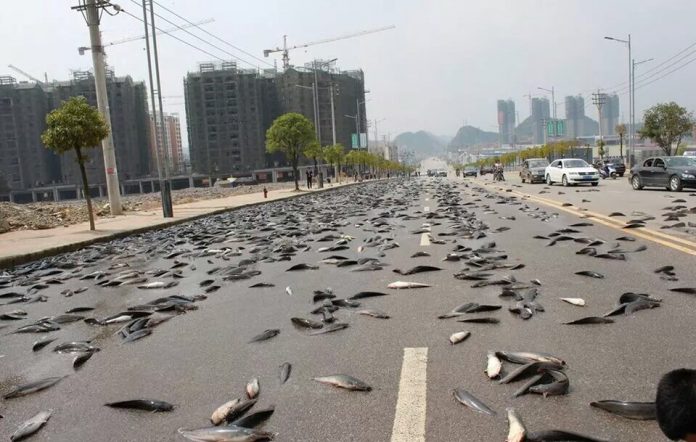 Rain is a natural occurrence that’s witness virtually everywhere in the world. Rain is the out pouring of water from the sky but it is weird to note that there is a town in Honduras where it actually rain fish.

The fish rain often happen is a small town called Yoro and this occurs at least two times in a year. The most interesting thing here is that the town is far away from the ocean. According to the report, fish rain is said to have been a yearly occurrence in the town since 1800s and this usually occurs during the months of May and June.

This occurrence is so popular in Yoro town that people can tell which cloud would bring the fish rain when they see one. Some people in the town associated a religious reason behind this strange occurrence. Some local believe that a prayer session held by a certain priest in the 1800s during drought, when people were starving of food. It was stated that miracle happened by way of fish rain immediately after the prayer and has been a normal occurrence since then.