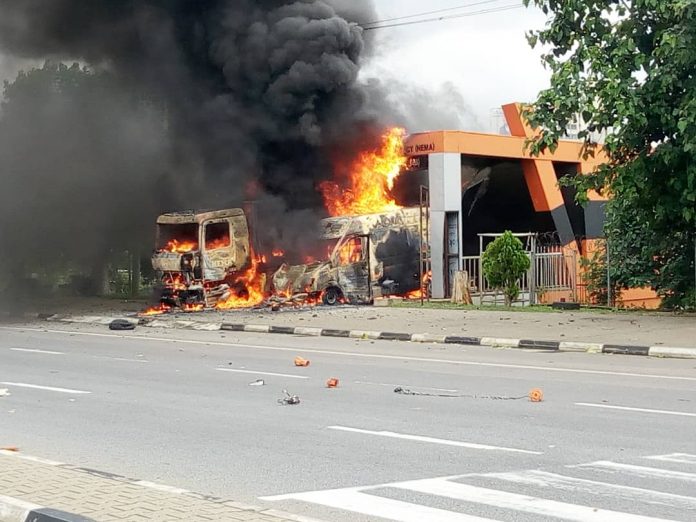 Several people have been reported injured while one person was feared dead as the protesting Shi’ite Muslims clashed with the Police in Abuja on Monday.

The protest which began peacefully from NITEL junction at Wuse Zone 2, with the police mounting a cordon, to prevent a march to the National assembly and Three arms zone, until the police stepped in.

While the police called the marchers violent, photos published in social media showed that they were peaceful until the police disrupted the protest.

“There is a violent protest currently ongoing by members of the El-Zakzakky Group in some parts of the FCT – particularly the Central Business District and the Three Arms Zone. The Police are taking adequate measures to bring the situation under control”, the police tweeted. 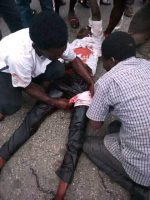 The Shiite marchers who belong to the Islamic Movement of Nigeria (IMN) have regularly taken to the streets of Abuja in the last few years calling for the release of their leader, Ibrahim Zakzaky, who has been in detention since December 2015.

Early this month they took their protest to the National Assembly, where police claimed two of their men were shot. Some vehicles were also burnt.

Clashes between police and Zakzaky’s supporters have raised fears that IMN may become radicalised – just as the Sunni Muslim militant group Boko Haram turned violent in 2009 after police killed their leader.

Lawyer to El-Zakzaky, Mr Femi Falana recently warned President Buhari that the nation risks another insurgency, should the religious leader and his wife Zeenat die in detention.