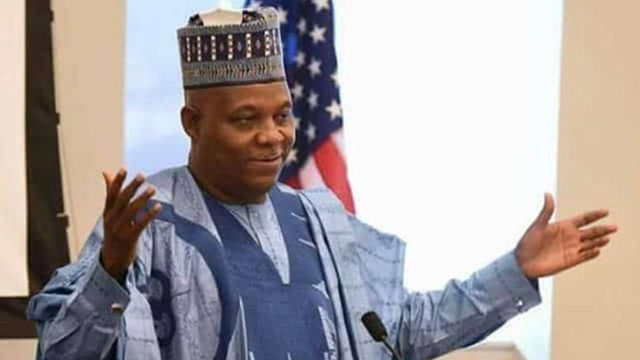 Borno State governor Kashim Shettima has urged Nigerian lawmaker Senator Ali Ndume to drop his bid to emerge as Senate president and respect the decision of the ruling All Progressives Congress (APC) to support Ahmad Lawan.

“I hail from the same state with the distinguished Senator Ali Ndume, and I appreciate the fact that politics is local. But politics is also national,” Shettima told journalists in Abuja.

“We are for Sen. Ahmad Lawan and Femi Gbajabiamila and all other senators and other Reps members endorsed by the party. We are for party discipline that allowed everyone to aspire political offices. We believe that we must respect the party.”

While the APC has reportedly supported Lawan to emerge Senate president, Ndume also declared his intention to contest the position.

Ndume’s bid for the seat of Senate president has been criticised as going against the party’s wish by some of its members. Shettima, who is governor of Borno State where Ndume hails from is also not in support of his “kinsman” emerging Nigeria’s Senate president.

“I am the first citizen of the state and I have consulted widely with our leaders from Borno before resolving to back Sen. Ahmad Lawan.”

“He (Ndume) is my kinsman, but we will continue to prevail on him to align himself with the aspirations of the party,” Shettima said.

Shettima said his decision to back Ahmed Lawan in his Senate presidency bid was because “He is the best amongst equals. He is level headed, calm, mature and we need such quality of leadership to drive the 9th Senate.”

“He has been in the National Assembly since 1999. He has the experience, exposure, pedigree, and intellect to redefine the process.

Buhari, however, has been silent on the tussle for the seat of Senate president between the lawmakers.

Shettima, who is also Senator-elect in the 9th Senate, asked Ndume and other APC members to maintain discipline by respecting the party’s decisions.

He said such was necessary because there was no provision for independent candidates in the law books.

“We are for the party that allowed everyone to aspire to political offices. We believe that we must respect the party.”

Shettima said assured the APC he and other elected citizens of Borno would prevail on Mr Ndume to drop his ambition.

“We, the elected representatives of the people of Borno are not at war with Sen. Ali Ndume. We are not at war. We belong to the same paternity,” Shettima said.