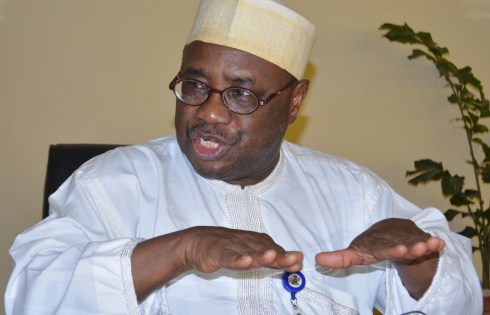 Adamu expressed this view in remark at the celebration of the World Health Organisation (WHO) Day 2017 on Friday in Abuja.

The theme of event organised by NOUN’s Faculty of Health Sciences in collaboration with the Nigerian Psychological Association is ‘’let’s talk Depression.’’

According to the vice-chancellor, lack of money is a major cause of low-level depression as such depression is cured once poor people get some money.

“I am not a psychiatrist neither I am a psychologist but I know that money can cure depression at the lower level; when people do not have money, they are depressed.

“At the higher level, they have all the money but they do not communicate.

“Go to a rich home and you will see that they are not talking to one another; everybody is on Snap chat, Whatsapp, Instagram, Facebook among others.

“Experts should develop a way of teaching people how to effectively use the social media to avoid alienation and its attendant depression,’’ he said.

He listed some of the causes of depression as poverty, unemployment, alcohol abuse, emotional problems and loss of a loved one.

Adamu said that theme of the event was in tandem with the economic situation in Nigeria which had pushed a lot of people into depression and suicide.

The vice-chancellor regretted that Nigerians, previously reported as among the happiest people in the world were getting depression.

In her address, Dr Jane-Frances Agbu, Dean, Faculty of Health Sciences (NOUN) said that WHO Day, marked on April 7 every year, provided institutions the opportunity to mobilise action on topical issues.

She said that the theme was chosen because of the increasing rate of depression in Nigeria.
According to her over 300 million people are living with depression globally.

Agbu said the event aimed at informing the public about depression, its causes and how to take care of it.

In his presentation, Dr Akorede Wahab, Consultant Psychiatrist /Controller of Prison (retired) said that environmental issues were not mostly the causes of depression.

The consultant said that it was always easy to diagnose depression but there was need for such person to be taken to a hospital.

“Some symptoms of severe depression are illness, low mood-serious happiness that could last for more than two weeks.

“There are emotional symptoms such as reactiveness of mood to external issues, always feeling guilty, irritability, hearing of voices-the voice could be telling you to jump into a river to save the world.

“Others are variation of mood especially at wake in the morning and waking up and being very sad.

“There are also biological symptoms such as retarded monotonous speeches, lack of sexual urge among others,’’ he said.

Wahab urged people to consult a specialist or counselor while depressed instead abusing or misusing drugs.