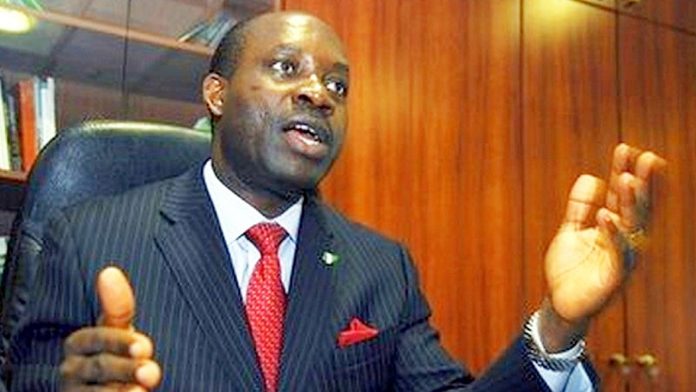 Anambra state governor, Charles Soludo has highlighted some of his administration’s achievements in his first 100 days in officer, noting that it was quite challenging.

Despite the challenges, the governor said he “applied for this job, and there will be no excuses”.

He highlighted some of the achievements made by his administration across different sectors including security, education, infrastructure, and healthcare.

“To be sure, the last 100 days have been bumpy and challenging as expected, with insecurity and a red treasury being the most portent, as clearly identified in our inaugural address,” he said on Saturday.

He noted that his government has “declared a state of emergency on roads and traffic and preparing to flag-off the construction of over 220 kilometres of roads as the rains subside”.

Soludo added that the Anambra state government is working on getting touts off the roads and out of the markets.

He said to boost tourism and entertainment, his administration has begun engagement with host communities on the acquisition of 1000–2000 acres of land “for the building of the World Class Entertainment Resort akin to Disney World”.

Addressing education, Soludo said his administration has “completed phase 2 of screening of over 40,000 candidates who applied for teaching jobs in the primary and secondary schools”.

He said the state has launched an “operation bring back our school/adopt a school programme” to support the government’s effort in improving the educational system.

On health, he noted that a groundbreaking ceremony of a coordinated wholesale centre in Oba has been achieved.

“The project was jinxed for six years. When completed, it will be the largest drug distribution hub in West Africa,” he noted.

The governor also said the state is collaborating with Global Fund to build a new oxygen plant in Onitsha.

Soludo said under his leadership, the state has “launched a policy that no retiree from the state civil service will be owed gratuity under our administration and have paid retirees from March to date”.

“We have also begun, albeit gradually, to pay gratuity to pensioners who retired since 2018 and there is hope and joy in the land. We have also approved the same policy for local governments,” he added.

He also stated that his administration is working towards ending the Monday sit-at-home order imposed by the Indigenous People of Biafra (IPOB).

While expressing gratitude, he also urged the state’s residents to continue to show support to the government.

“The road ahead will be bumpy and every citizen has a duty to contribute to building a livable and prosperous homeland in the context of dwindling resources. You will be called upon to bear some sacrifices,” he said.