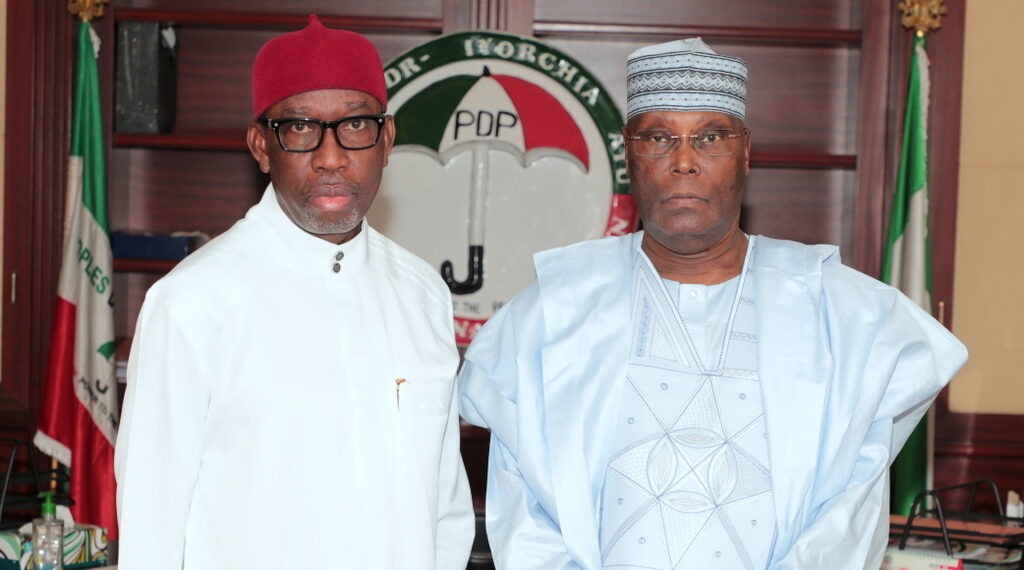 The Peoples Democratic Party (PDP) has acknowledged that the South East demand for President in 2023, is morally right and timely. The Deputy Director of Media and Publicity of the PDP Presidential Campaign Management Committee, Chukwubuikem Uloka, in a statement in Awka, Anambra State, expressed that “It is comprehensible that the Southeast is demanding a president from the region in 2023; we all agree that such demand is morally right and timely.” He said that though there was a growing sentiment in favour of President from Southeast geopolitical zone, the reality on ground in terms of national spread and acceptability favoured Atiku/Okowa for victory

He, therefore, called on the electorate in the South East geopolitical zone to support the Alhaji Atiku Abubakar and Gov. Ifeanyi Okowa ticket. Uloka said the joint ticket is the best bargain for the South East in the February 2023 election as it had bright chances over other candidates.

He said the PDP had the best manifesto among all the political parties as it guaranteed egalitarianism, restructuring, better economic policies and national cohesion.

“It is important that we remind ourselves that what is important to the Southeast having our region reconnected to the national political and economic grid is through genuine reconciliation, forging strategic alliances with other regions.

“The Atiku/Okowa presidential campaign management committee, led by Professor Obiora Okonkwo, is optimistic that the victory of the PDP ticket is the shortest route for an Igbo presidency,” Uloka stated.

Uloka said PDP faithful in the Southeast should put events around the party primaries behind them and galvanise support for Atiku/Okowa, to ensure a resounding victory in the election.

He said the Southeast could not afford to be in political isolation as an opposition for another eight years and called on the electorate to give their collective support to the PDP presidential candidate.

According to him, among the benefits of the Atiku/Okowa ticket is the assurance that if elected, Nigeria will be restructured to entrench true federalism which replicates the development associated with Igbo people.

“We want to make an appeal to voters of other Southeast states to make this crucial sacrifice, we are confident that it will serve the interests of our people and region and that our support will be appreciated after 2023,” Uloka said.