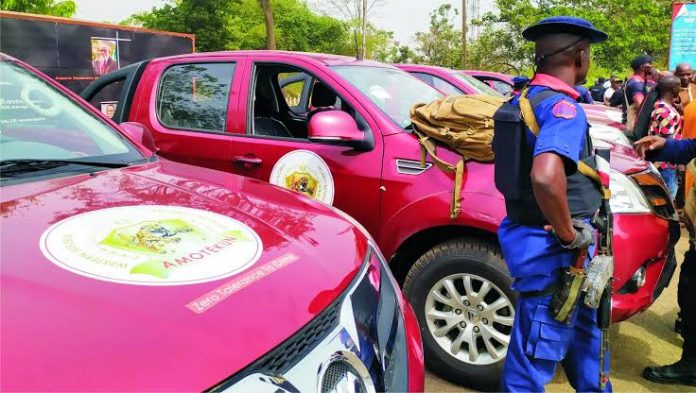 President Muhammadu Buhari has been warned not to allow the recently constituted Southwest security outfit, operation Amotekun, to stand as it could portend great danger to the unity of the country.

Recall that Governors in the South West region had established and inaugurated the security outfit to curb the menace of herdsmen attacks in their region.

While reacting to the development former governor of old Kaduna State, Balarabe Musa, said that the main reason the leaders and governors of the Southwest region set up Operation Amotekun was to create Oduduwa Republic.

Balarebe Musa who insisted that the establishment falls out of Nigeria’s established laws, warned that it was a ploy to secure Yoruba land and a prelude to the declaration of Oduduwa Republic.

“First of all, taking into account what happened in the history of Nigeria, this Amotekun will lead to a declaration of Oduduwa Republic. Look at the composition of those who constitute the organization in addition to the six states governors.

He said in spite of the intellectual aura of the elite class in the Southwest, they couldn’t be articulate because they could have been articulate like the Kano State did in the case of Hisbah.

“Secondly, the governor of each state is the chief security officer of his state. So, if you combine this two and enact a law allowing for the formation of Amotekun, they would have gotten it right.

“But in spite of their articulation, they failed to do so, which means it must be deliberate that what they are concerned exactly is an Oduduwa State,” he said.