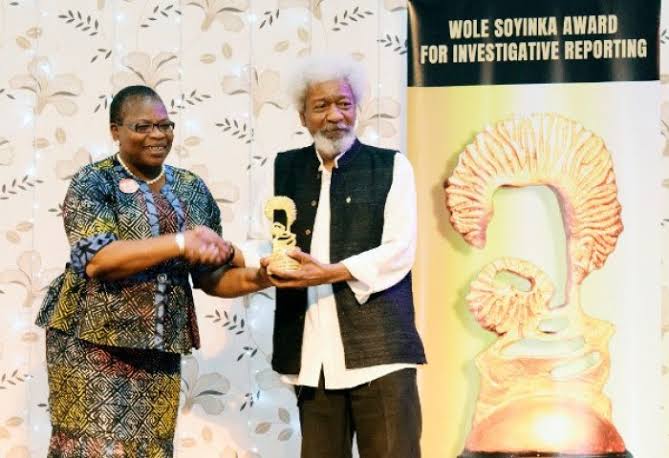 The former Nigerian Minister of Solid Minerals and Minister of Education, erstwhile Vice President of the World Bank (African Region) and a candidate for office of the President of Nigeria in the 2019 election, Obiageli Ezekwesili, will be speaking along with others chosen from relevant sectors on the theme.

The panel will discuss the urgent need to reconsider Nigeria’s election process in view of its complexities, how to make sure that governance becomes accountable and propound ways to make the people emerge as the greatest beneficiaries of democracy in Nigeria, even as it considers the critical role of the media in the mix. The meeting is strategic as it hopes to set the tone for the new executive government sworn in on May 29th and the parliament as it resumes with its new leadership on July 2nd.

Held first in 2008, the Wole Soyinka Centre Media Lecture Series is an annual event of the Wole Soyinka Centre for Investigative Journalism (WSCIJ). The Centre organises the lecture to raise debate on critical issues affecting Nigeria. The event has since 2009 held on 13 July, to commemorate the birthday of Africa’s first Nobel Laureate in Literature and Grand Patron of the WSCIJ, Wole Soyinka.

Admittance to the event is open to journalists, members of security agencies, the judiciary, members of political parties, policy makers, representatives of pressure groups, leaders of non-governmental organisations, members of the diplomatic corps, lawyers, students and other interested members of the public.