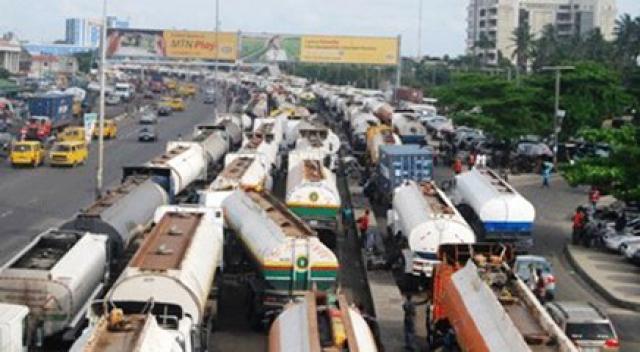 Share this on WhatsApp
Spread the love
By Richards Adeniyi
A former Minister of Interior and Chairman/CEO, Integrated Oil and Gas, Capt. Emmanuel Iheanacho has said the continuous traffic gridlock experience on a daily basis along the Apapa and Tin Can Island ports access road is not caused by Tank Farms owners but rather by containers trucks.
The oil magnate exempted tank farms owners from the cause of the traffic congestion at the port and said the constant gridlock experienced along the port access road is caused by containers trucks as against claims that the terrible traffic situation is caused by petroleum tankers and tank farms operating around the port.
He said it is as a result of increased numbers in container trucks and government not matching the increase in the volume of business with the needed expansion.
According to him, “whenever I hear that the incessant traffic gridlock is caused by tanks farm or petroleum tankers it baffles me, because to be sincere with you how many petroleum tankers can you see on this road, you see that you have more containers trucks than petroleum tankers,” he said.
ALSO SEE: Church worker arrested for stealing members phones
Speaking further, he said the lack of investment in road infrastructure is a major factor responsible for the perennial gridlock in Apapa, noting that the traffic situation on the port access roads to the port is abysmally bad and the ports are currently choked to death.
He further explained that deficit in terms of the roads available and the traffic that goes into and out of the ports are part of reasons why the gridlock has become a thorn in the flesh of business men and residents of the vicinity.
As part of measures to ease the congestion, Capt. Iheanacho suggested that as cargoes coming in are more than the available infrastructure, he urged the Federal Government to pull down old and archaic buildings in Apapa in order to have smooth and efficient port operations.
“It would not be a bad idea if the federal government can look at the possibility of acquiring some of these old buildings, knock them down and develop additional infrastructure by way of truck parks and access roads and the problem would be solved,” he added.
Share this on WhatsApp
Related Topics:Apapa gridlockCapt. Emmanuel iheanachoOil and Gas
Up Next