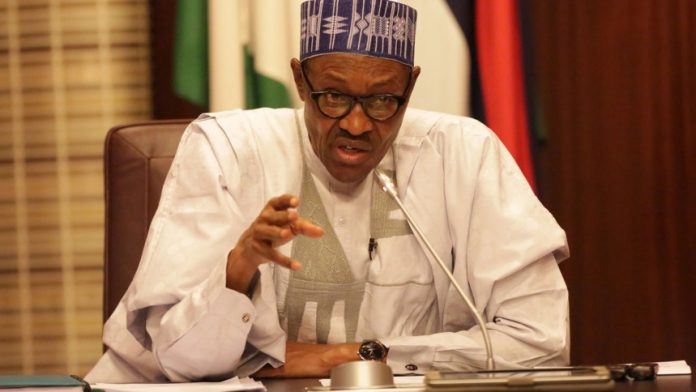 Share this on WhatsApp
Spread the love
By: Ifeanyi Izeze

It should actually be worrying to genuinely concerned Nigerians that the Nigerian National Petroleum Corporation (NNPC) with impunity is manifestly going into apostasy against every known principle of honesty as concerns budgeting and accounting in all the streams of the nation’s oil business.

When the Senate recently gave its Committee on Petroleum (Gas) nod to investigate the alleged diversion of over $1.05 billion in addition to the alleged $3.5 billion subsidy under recovery slush fund by the NNPC, the nation’s apex oil concern said it is utilising the fund to augment under-recoveries in the importation of Premium Motor Spirit (PMS) popularly known as petrol.

The Group Managing Director of NNPC, Mr Maikanti Baru’s only explanation was the claim that the NNPC was suffering heavy losses on landing cost of imported petrol, which he put at N185 per liter as against the government regulated pump price of N145 per litre.

Baru said that the NNPC took the money from the NLNG dividends accruals to create petrol supply guarantee revolving fund at the height of the last fuel scarcity experienced by the country between December, 2017 and January, 2018. He said the corporation acted in line with a National Assembly directive “to do everything necessary to end the scarcity of fuel”.

According to him, the action was also in line with section 7 (4) (b) of NNPC Act which mandated it to fund its operations from its revenues.

However, on Wednesday 14thNovember 2018 while scrutinising the NLNG account documents presented to it by the Chief Operating Officer (COO) Finance of the CBN, Babatunde Adeniran, the Senate committee observed series of cash debiting from the account from November 2016 to June this year totalling $2.201 billion.

How do you explain that NNPC unilaterally diverted into what it calls a revolving fund of a whopping $2.201 billion sequestered from the dividends from Nigeria’s investment in the NLNG without recourse to the due process of the laws governing appropriation and the idea of a Federation Account?

Let’s look at it: The claim at the Senate by the NNPC Group Managing Director, that “since the NNPC had become the sole importer and supplier of petrol in the country, the fund was primarily set up to ensure stability in supply of petrol in the country by providing enough volumes to augment the petrol supply from the Direct-Sale-Direct-Purchase (DSDP) framework,” was not only casual but outrightly dubious.

The NNPC represents the Federal Government, which has 49 per cent stake in NLNG, while Shell; Total; and ENI hold 25.6 per cent 15 per cent and 10.4 per cent shares respectively in the liquefied natural gas business.

We should ask whether it is the NNPC or the Government of the Federation that owns Nigeria’s investment in the NLNG.

The dividends paid to Federal Government from NLNG business were they not supposed to be kept in the Federation Account and shared among the three tiers of government?

What the NNPC claims as its share of the NLNG dividends were revenues that ought to be shared among the three tiers of government (federal, states, and local governments)?

So without mincing words, utilising the funds without appropriation by the National Assembly and without the knowledge of state and local governments was an illegal act that should not be either downplayed or outrightly overlooked. This is the truth, the whole truth and nothing but the truth.

If the NNPC is capable of managing fuel importation and distribution, sourcing funds from all these places, why in the world do we still enshrine huge funds in the budget for subsidies? Meanwhile, the dividend money is aside the alleged 3.5 billion dollars slush fund also maintained by the corporation for its subsidy payments. Haba, how can we continue like this as a country?

It will shock Nigerians to know that the unravelled $2.201 billion is only a peanut compared to what the NNPC should be telling us about the cumulative up to date accruals from the nation’s investment in the NLNG.

Since 2015 that this government had been in power, what is the cumulative accruals from the NLNG dividend including interests and all the other earnings, is it $2.201 billion? If not, how much is it and where is the money or has the NNPC expended all of it also on guaranteeing payment of under recovery on imported petrol for our domestic consumption?

What kind of a country is this? This is the same NNPC that takes 450, 000 barrels of crude oil everyday supposedly to be used for the crude-for-products-swap arrangement with some foreign refineries. All these monies is just to import and distribute only petrol.

The corporation takes that quantity of crude oil on daily basis and still tells us that the subsidy bill just for petrol alone has skyrocketed to N1.4 trillion about $3.05 billion, a whopping 400 percent increase from what it was when Maikanta Baru took over the administration of the nation’s apex oil concern.

So we give the refiners almost 450, 000 barrels every day to process for us and they in turn give us only petrol and we also expend all these monies on balancing the account on the same petrol. Up Nigeria!

This same diversion of NLNG dividends by the NNPC was what killed my friend, course mate, and brother, Tariye Omunguye George, former Director Technical Services of the Nigerian Extractive Industries Transparency Initiative (NEITI) inside the NNPC headquarters in 2015.

Tariye was bent on tracing how all the NLNG dividends were expended to the last kobo. The NNPC invited him for a reconciliation meeting after NEITI’s 2012 Audit Report which was released in the last quarter of 2014. He came by himself but was carried away in an ambulance after he collapsed after drinking tea at the meeting inside NNPC.

The report was that his heart, lungs, arteries, veins, kidney, liver, everything that works in his body collapsed at the same time and there was no single hospital throughout Nigeria that can handle his case so he was flown with an Air Ambulance to Accra Ghana and died before any doctor could even see him in the Ghanaian hospital.

Till today, nobody has been able to give any explanation of what actually happened to Tariye inside the NNPC headquarters. The current Minister of Finance, Zainab Ahmed was the then Executive Secretary of NEITI and Tariye’s direct boss. God is watching all of us. 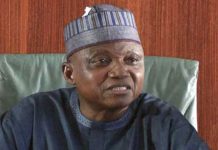