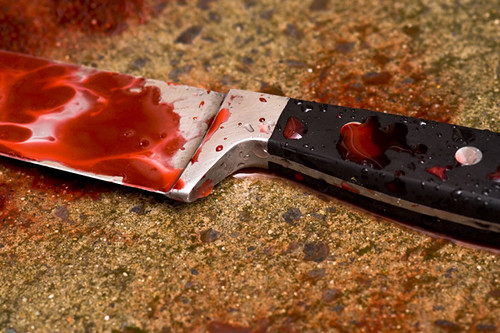 A female internally displaced person has committed suicide after an international NGO staffer working with IDPs in Borno raped her.

The 35-yer-old then raped the lady I the course of doing the menial job.

Aisha cried for help, but it was too late as Huzuaif alrady deflowered her when neighbors who heard her cry took down the door to rescue.

According to a source, the victim then voiced her concern: the shame of losing her virginity and shaming her family.

She then ran into the kitchen, grabbed a knife, and stabbed herself.

The rapist has been detained at Gwange Division of Borno Police Command after his arrest but he was later transferred to the State Criminal Investigation Department (SCID).