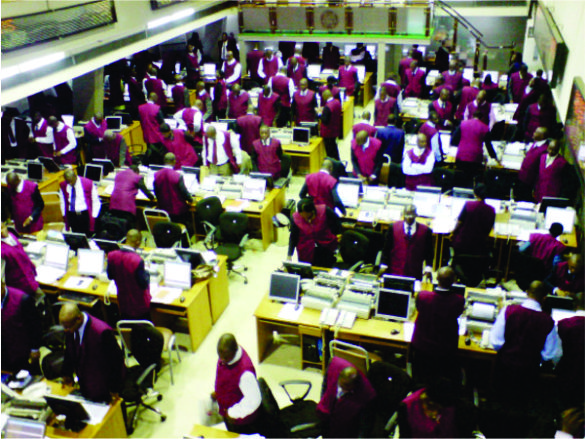 Stock market decreases further by 2.31%
Share this on WhatsApp
Spread the love

The Nigerian Exchange Ltd. (NGX) declined further on Wednesday as market capitalisation depreciated by N570 billion or 2.31 per cent, to close at N24.139 trillion from N24.709 trillion on Tuesday.

The market breath ended negative with 17 stocks on the losers’ charts, while 16 stocks gained.

Fidelity Bank led the gainers with 34k to close at N3.83 per share.

Jaiz Bank followed with an appreciation of six kobo to close 91k per share.

Conversely, Regency Alliance Insurance led the loser’s chat with a depreciation of 7.41 per cent to close at 25k per share.

Analysis of today’s market activities showed trade turnover settled lower relative to the previous session, with the value of transactions decreasing by 61 per cent.

Share this on WhatsApp
Related Topics:2.31%decreasesStock Market
Up Next