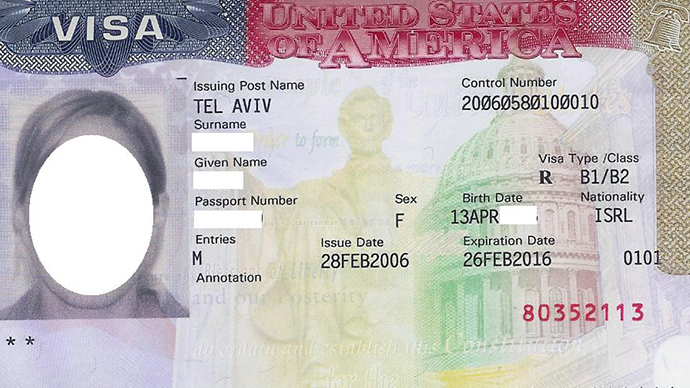 The United States Embassy in Nigeria on Monday issued a press statement in denial of media reports which purported that Nigerian students were being banned from obtaining visas to study in the North American country.

In the brief message which was shared via Twitter, the US Embassy advised the public to avoid being misguided by ignoring what it termed “fake news”.

“FakeNews Alert! Be advised, reports of Student Visa ban for Nigerians is false. If you have seen such manufactured item on Facebook and Twitter or received it via WhatsApp, please communicate that it is false.”

Last week, a media report went viral claiming that the United States of America’s diplomatic mission in Nigeria had indefinitely halted any further issuance of student visas to Nigerians.

The decision was said to be a part of the new measures by the US Government under President Trump, to impose visa restrictions on countries whose citizens have a track record of overstaying the validity of their short-term US visas.

As expected, this was a shocking development to many Nigerians, particularly the youths, some of whom have aspirations of traveling to the country to various academic purposes.

Meanwhile, the US Embassy in Nigeria had recently suspended [indefinitely] the visa interview waiver for Nigerians renewing visas in the country. The embassy released a statement on May 14, 2019, stressing that the dropbox application process has been suspended effective immediately.

The implication of this is that henceforth, Nigerians hoping to renew their passports would have to follow a much longer process than what obtained before now. Before the suspension, Nigerian holders of US visa types B1/B2, F, H, and L could renew their visas online by processing it through DHL using one of several dropbox locations across Nigeria without attending physical interviews.

Now, those wishing to renew their passport will have to go Abuja or Lagos for a face-to-face interview. The rigorous process could lead to delays.