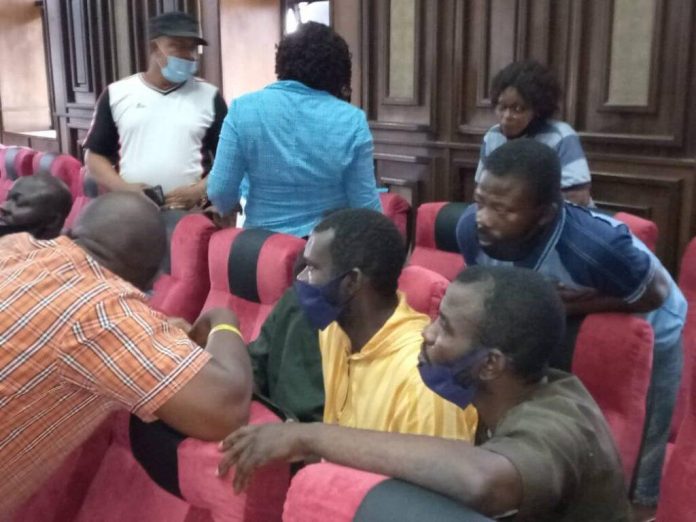 The charges were filed at the Federal High Court in Abuja after over two months since the secret police arrested and detained the two aides of the activist and the DSS refused to grant them bail despite a court order.

In the suit no FHC/ABJ/CR/305/2021, which was dated August 31, 2021, the DSS through its lawyer S.M. Bello, filed five terrorism charges against Noah Oyetunji and Amudat Babatunde (female).

The DSS alleged that Oyetunji was in possession of fire arms for terrorism-related activities while Babatunde promoted terroristic acts through her Facebook account.

Meanwhile, lawyer to the aides, Pelumi Olajengbesi, said the charges are baseless, vexatious, shameful and without limbs.

The court has not fixed any date for the hearing.

Recall that the DSS had earlier freed 10 of the 12 aides of Igboho after over 60 days in detention following their arrest on July 1.

The DSS had during a midnight invasion of Igboho’s Soka house in Ibadan, Oyo State, arrested 12 of the activist’s allies and whisked them away to Abuja, where they had been kept in detention.

The detainees had approached the court to seek their fundamental right to freedom.

Justice Obiora Egwuatu of the Federal High Court sitting in Abuja had on August 4, 2021, granted bail to the 12 detainees.

They had met their bail conditions, including the provision of 24 sureties, but the DSS lawyer, Idowu Awo, had kicked against the bail granted by Justice Egwuatu to four of them, claiming that they were heavily involved in the alleged offence of arms stockpiling and other criminal activities of their boss, Igboho.

After a long dilly-dally, the secret police, in compliance with a court order, first released eight of the 12 detainees on Monday, August 30, 2021, holding onto the remaining four. Two more aides were freed last Friday while Babatunde and Oyetunji are still in detention.

Three Senior Advocates of Nigeria – Femi Falana, Ebun-Olu Adegboruwa and Ifedayo Adedipe – had said that the DSS was inviting anarchy and lawlessness into the country by not obeying the order for the release of the 12 detainees.