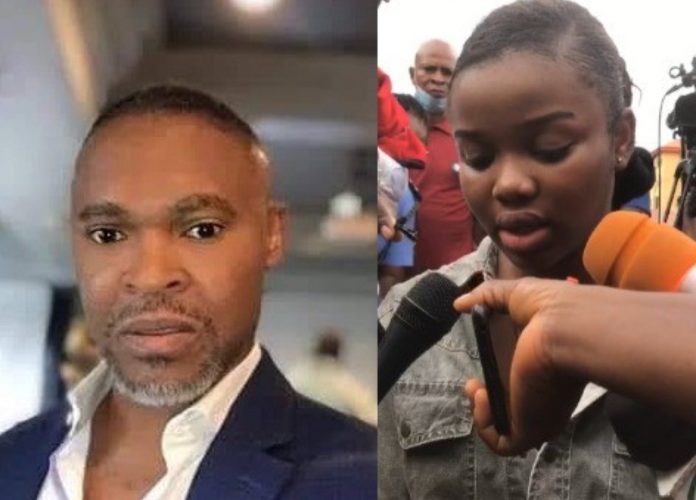 Murder suspect Chidinma Ojukwu booked for three days but left earlier, with a dead body lying on the floor, according to Nkechi Mogbo before Justice Yetunde Adesanya of a Lagos High Court at Tafawa Balewa Square, Lagos, Thursday.

Mogbo is the owner of the Lekki short-term apartment service where Super TV late CEO Usifo Ataga and his girlfriend Ojukwu had a tryst that turned deadly in June.

Chidinma, her relative Chioma Egbuchu, and one Adedapo Quadri are standing trial for Ataga’s murder.

Mogbo said she got a phone call on June 13 requesting a short service apartment.

“I asked the lady to send a message to me through WhatsApp so I could forward the address to her. Afterwards, the lady confirmed that she would take the apartment for three days but left before the billed day she was to leave.”

Chidinma then gave her name as Jewel, and requested payment details, after which she sent proof of payment of N125,000 to Mogbo’s WhatsApp.

“The payment made through a bank account from one Mr Michael Usifo had a time and date of transfer and my name as recipient. The security guard handed her the key to the apartment but two days later, June 15, at 5:30pm, the lady sent a message to my WhatsApp stating that her friend would stay for two more days and that he would be making the payment,” she said.

But the security guard told Mogbo on the phone that he noticed a body on the floor of the said apartment.

“I panicked when my security guard told me about the body…I asked where the lady was, but they said she left a night before,” she said.

She reported the incident at the Maroko Police Station and that some police officers followed her to the apartment, took pictures and that she followed them back to the station to make a statement on the incident.

She was taken to Panti police station, and stayed for seven days in custody in order to help police do proper investigation.

The justice then adjourned the case until November 15.