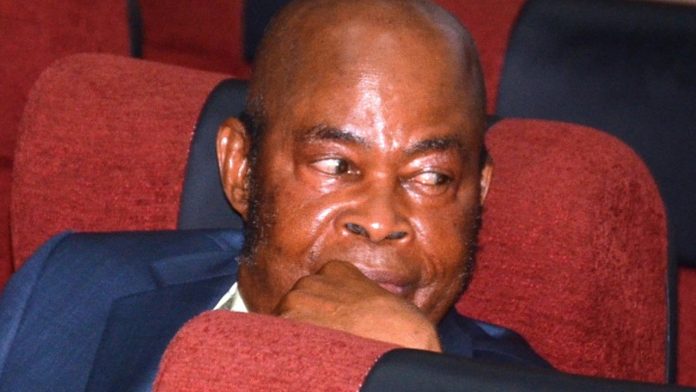 Suspended justice of the Supreme Court Sylvester Ngwuta used two similar standard international passports interchangeably before his suspension.
Tanko Kutana, a senior staff of the Nigerian Immigration Service, made the claim while being cross-examined by counsel for the defendant, Kanu Agabi.
Ngwuta was arrested along with six other Supreme Court judges last October by the State Security Service, SSS, who raided their homes in a “sting operation.”
The defendant is alleged to have been in possession of multiple standard travel passports and stashed foreign currencies in his Abuja home.
Kutana said the service was not in a position to doubt the defendant when he showed proof of his missing international passport.
According to him, the service subsequently issued him a new one, based on the strength of the affidavit declaring his old passport missing.
The officer, however, said the NIS was surprised to discover that the defendant was using the two passports stamped with visas simultaneously.
“My Lord, the new passport was issued to Justice Ngwuta by the Immigration Service, having been convinced that he actually lost the first one.
ALSO SEE: What the Nigerian Army said concerning Nnamdi Kanu’s whereabouts
“The service replaced the lost passport because it had no cause to doubt the affidavit evidence deposed to by the defendant when he reported the loss of the document,’’ Kutana said.
When asked if the action could have been a mistake from the defendant, the witness said the action violated immigration law.
He said the defendant failed to report back to the service when he eventually found the missing passport.
“The forensic report shows that the defendant, Ngwuta using the two standard passports interchangeable, at the time of his arrest on October 7, 2016 by the operatives of the Department of State Service.
“We would not have been here if the defendant had returned the recovered passport to the service when he found it,” he said.