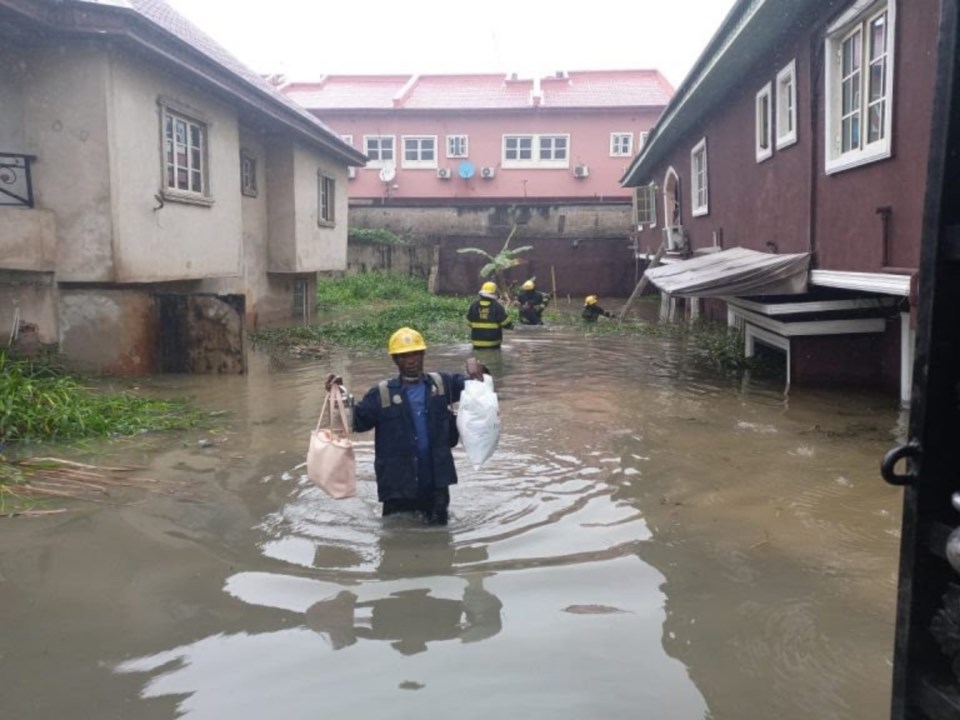 One of the survivors of the building that sank in Maryland, Lagos state on Monday after an early morning downpour has recounted his ordeal and that of his family following the incident.

According to the survivor who identified himself as John, the building started sinking on Monday morning, after it was submerged due to four hours of torrential rainfall.

He said he had to gather his family to another side of the building before alerting other neighbours who then contacted the National Emergency Management Agency, NEMA before they were rescued.

“My wife was rescued by the NEMA guys when they got here,” he expalined.

READ ALSO: Many trapped in sinking building in Lagos

He lamented that he had just borrowed money from the bank to pay his house rent, and did not have anywhere else to go.

The landlord was said to have returned to the scene hours after the arrival of emergency agencies, but was handed over to law enforcement operatives for questioning.

“The building has been cordoned off and LABSCA officials have been contacted for integrity testing,” he said