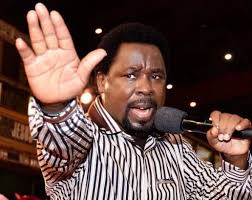 The Nigerian Air force (NAF) C130 Halculus Aircraft has been linked to be responsible for the collapse of the Synagogue Church guest house building on September 12, 2014, killing many people after the aircraft flew over the six story building multiple times.

The witness Engineer Yakubu Dazhia, a consultant to the  to the Senate committee on aviation and the National Emergency Management Agency (NEMA) told justice Lawal Lateef Akapo of the Igbosere Lagos state High court at the weekend.

According ti him, he and other pilots studied the scenario through the close circuit television (CCTV)  and confirmed that the pilot of the military aircraft who was carrying some officers on training that   fateful day flew below the standard altitude across the tall building which led to the collapse of the building.

He said an aircraft is expected to fly minimum of 1000 feet or 300metres in congested area with tallest object or building.

Reacting to the allegation, Director Defence Information colonel John Agim told our Reporter that he will contact the Nigerian Air-Force for the matter

The Lagos state government has sued the church over the collapse of the building.