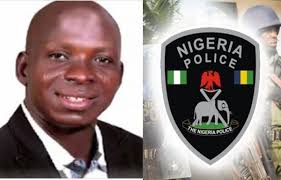 As the Nigerian police continues its separate investigation into the killing of the IGP Intelligence Response Team members last week by soldiers of the 93 Battalion in Takum, Taraba, more revelation of the criminal collaboration between the police, soldiers and kidnap rings has surfaced.

The Ibi Divisional Crime Officer, it was revealed, had over 200 phone calls with Wadume.

A forensic analysis of the call logs of the DCO showed that he had made over 200 calls to Wadume over a few days.

Not that alone. DIGP Michael Ogbizi supervising the enquiry  had visited the scene of the incident, gone to the police station, and requested to see the incident book where entry of the bust by the IRT was made.

The entry was, however, missing—torn off the book.

That was to create the impression that the IRT team did not follow laid down procedures.

The police investigators have also found out many policemen and soldiers, including an army captain who allegedly issued the order for the attack on the IRT.

The police officers have since been arrested on the orders of Ogbizi.

A joint investigation panel, headed by Rear Admiral IT Olaiya, a former Director of Naval Intelligence, has also been constituted by the Chief of Defence Staff, Gen. Gabriel Olonisakin, to probe the incident.