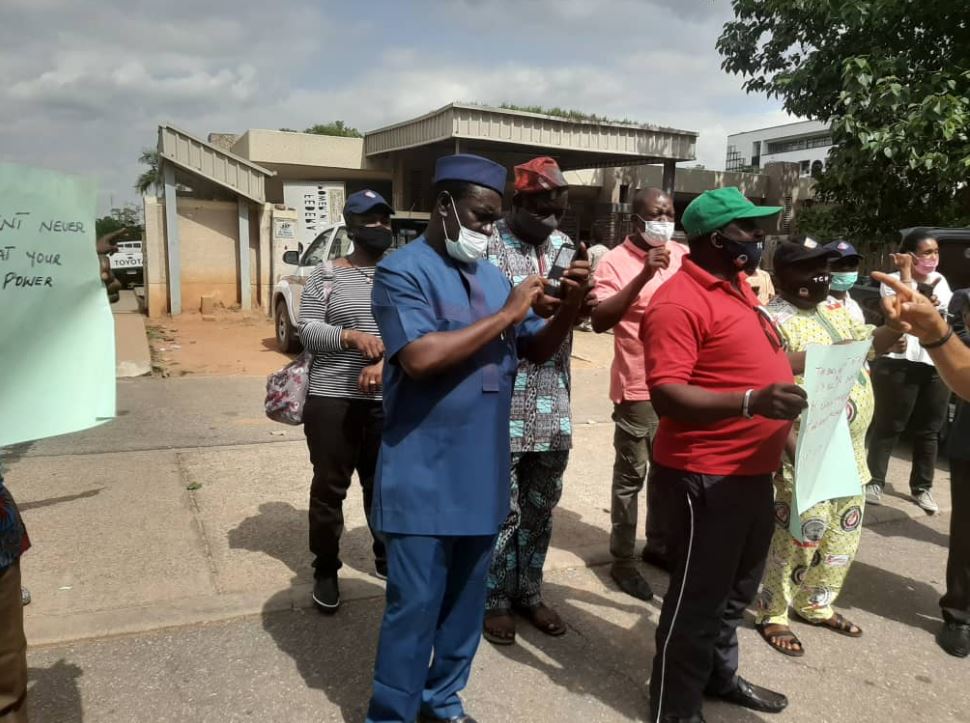 Dr Sule Abdulaziz, the Managing Director, TCN made the appeal in a letter to the workers after the union in a circular had vowed to cripple operations of TCN nationwide.

The aggrieved workers under the aegis of the national union of electricity employees (NUEE) had slated Wednesday, August 17, to commence indefinite strike action.

Making his appeal in a statement, Dr Abdulaziz said, “We are pleased to inform you that management has suspended the said proposed interview for those on acting appointment of Assistant General Managers and General Managers while we conclude discussion with the board.

“On the other two issues: circular from the office of Head of Service on stigmatisation of the defunct PHCN staff; payment of entitlement of ex-PHCN staff by market operator, the management has contacted the Honourable Minister of Power for his further action.

“In view of this development, we appeal to your union to stay in action; please accept the assurances of our highest regards.”

In a letter dated August 15, Mr Goddy Jedy-Agba, the Federal Minister of State for Power notified the Union that the ministry was committed to proffering solutions that would be acceptable to all parties concerned.

The minister said, “May we appeal to your great union to allow us two weeks from the date of this letter to address the issues and come up with proposals toward acceptable resolution of all issues.“

NUEE had on May 18, issued a 14-day ultimatum to the Managing Director/Chief Executive Officer of TCN, threatening a strike if its complaints were not resolved.

The strike by NUEE is aimed at pressing home their demands which include the failure of the Federal Government to pay the entitlement of former staff of the defunct Power Holding Company of Nigeria (PHCN) in December 2019.

In the circular by NUEE dated August 15, members were directed to picket TCN offices nationwide on August 16, following which the strike will commence on August 17.

They converged at TCN headquarters in Abuja on Tuesday threatening to withdraw their services on Wednesday since the FG had failed to address staff welfare issues.

TCN had directed all Principal Managers in acting capacity going to Acting General Manager to appear for a promotion interview today.

NUEE in response directed its members to picket TCN offices to protest the directive which they claimed contravened the workers’ conditions of service and career progression paths.