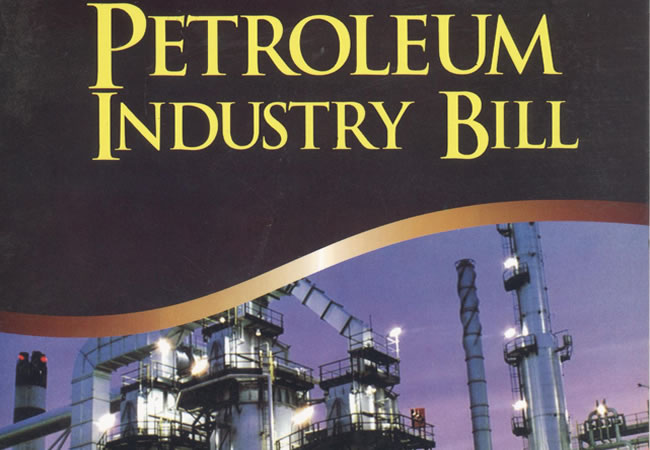 After over thirteen years in the making, the Petroleum Industry Bill (PIB) was passed by both chambers of the National Assembly last week. But almost before the ink of the document was dry, and before the versions of the House of Representatives and the Senate were harmonised, powerful people from the southern part of the country were up in arms about certain provisions of the Bill. The fiercest of these had to do with the percentage of funds accruable to host communities. 10% of Operating Expenditure had been proposed, reduced to 5% and finally 3% at the final stage. Southern governors joined the chorus of persons and bodies to reject some of its provisions. Specifically, the Governors’ Forum rejected the “proposed 30% share of profit for the exploration of oil and gas in the basins”. The Forum also rejected ‘the ownership structure of the proposed Nigerian National Petroleum Company Limited’ and disagreed ‘that the company be vested in the Federal Ministry of Finance but should be held in trust by Nigeria Sovereign Investment Authority’ (NSIA).

Chief Edwin Clark, foremost voice of reason, equity and justice from the beleaguered region, denounced the PIB and threatened that if there was no reversal, the ‘Niger Delta people may be forced to take their destiny into their hands’, because the ‘IOCs may find themselves denied access to their oil activities in such communities’. As National Leader of PANDEF and National Leader South-South Region demanded that ‘the PIB must be reversed, reviewed and amended to ensure that the Oil-Bearing Communities must now receive not less than 10% of Operating Cost’.

Another sore point was the provocative provision of 30% for the Frontier Exploration Fund. Snippets of reports in the media suggest that whereas host communities would get 3% to drive development, 30% of the funds would be dedicated to prospecting for oil in far flung places. Indeed, some analysts argue that the PIB makes anywhere oil pipelines pass through must be regarded as host community! Put bluntly, although 3% is being grudgingly recommended for the oil bearers, those communities (especially in the north) who are prospecting for oil will get 30% of whatever! Somebody has really taken enough for the owners to notice!

The passage of the Bill coincided with the meeting of Southern governors in Lagos. After the May meeting of the body, some of their resolutions were virtually countered by statements credited to the Attorney General and Minister of Justice and later Mr President. In Lagos, the governors reasserted their demands, made more demands and placed a timeline of September 1 for laws outlawing open grazing to be passed in the south. They also demanded that the next president must come from the south. Indeed, the governors are now listening to the people whom they represent and across party lines. This is how it should be. We are on the way to stopping the dangerous nonsense that has dominated the governance structure in Nigeria!

Once again, the great north-south divide which has become exacerbated under the Buhari administration has cropped up. Crude oil the blessing, crude oil the curse and crude oil the destroyer of the Nigerian State! To be sure, there are fixed positions on the oil industry. There is great disenchantment with the federal authorities over oil blocks allocations, and appointments to positions in the oil firms. Powerful people from distant lands own oil blocks in the Niger Delta. A private refinery promoted and supported by the federal government is being built outside the region, a development that is likely to kill other endeavours in the south. Billionaires from the oil sector who have never visited the region spend money as if prudence has gone out of fashion. Sadly, the people from the zone languish in poverty.

It is against this background that the passed version of the PIB called for serious scrutiny. To be sure, one cannot make a deeply informed analysis until we have full access to the final version of the Bill is made public. Yet the optics is not friendly. And in Nigeria, you must learn to shout if the shadow of the oppressor moves too near you for comfort. There are reports of meetings held in Mecca in which representatives were instructed on what to do, how to muzzle the south. There were reports of caucus meetings in which southern representatives were told that if they walked out on the PIB debate, the northern representatives would still go ahead to pass the bill with a simple majority. The level of impunity is highly provocative. It is driving the wedge between the north and south deeper and deeper. This is certainly not how to build a nation. Of course, it all  leads to the strident call on restructuring the country!

Nigeria does not belong to one ethnic group. Nigeria does not belong to one region. It does not belong to three ethnic groups. Nigeria is home to over four hundred ethnic groups. They all have a stake and should have a say in the allocation of resources. The misguided opinion that some people are born to rule is now in the dustbin of history. It is foolishness of the greatest proportion. None of the prophets in Islam or Christianity would subscribe to the obnoxious view that some persons are born to rule. It is foolishness for someone in Sokoto or Kano to claim that oil deposits in the Niger Delta belong to them. Anyone who believes that they are born to rule Nigeria has remined stuck in the Stone Age. Nigerians in the south will resist any form of external domination with their last drop of blood. Any subtle or aggressive attempt to make their lands common property especially for the pleasure of pastoralists offends natural justice. Nobody should imagine that they can get away with it. Short term success, yes. But ultimately there will be a revolt. Indeed, the revolt has started with Boko Haram, the ‘Kanus’ and ‘Igbohos’. More are likely to spring up even in the north.

The two laws one nation approach now epitomised by the incumbent administration is nauseating. Gold is prospected for by individuals in Zamfara State. It is against the letter and spirit of the 1999 Constitution. But the federal government conveniently looks the other way. Sometimes I wonder how southerners serving in the current government really feel about the policies coming from Aso Rock. In their private times, do they think all is well? Do they sleep well? Do they know how badly their kith and kin back at home feel? Is service for self or for the people? It is not a good story. The story of Nigeria as reflected in the PIB.

In my view, the PIB should concentrate on best practices for the industry and the host communities in the interest of Nigeria. The host communities should get compensation for the ecological disaster that has become of their homelands. President Buhari should listen to the public outcry, intervene on the knotty issues, and leave a legacy in the oil sector. Whereas statesmanship creates eternal legacies, partisanship or clannishness is for a time. Murtala Mohammed was a military dictator; yet the nation remembers him through national monuments. Nigeria is on the brink. If the people who are ensconced in the façade that is Aso Rock see things differently, we can only say that time will tell whose vision was blurred by the ephemeral trappings of political power!