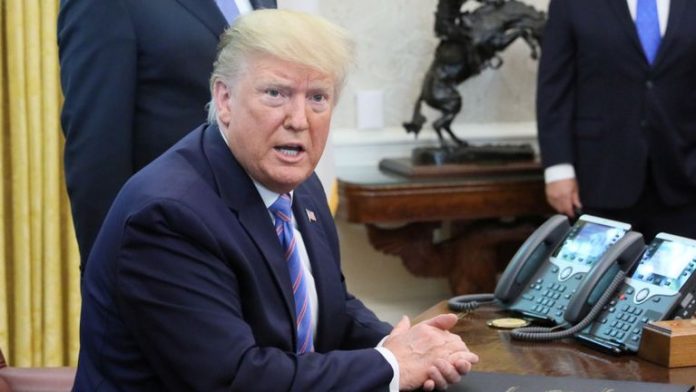 Other countries under watch include Belarus, Myanmar (also known as Burma), Eritrea, Kyrgyzstan, Sudan, and Tanzania.

Trump confirmed reports of the expansion to the Wall Street Journal while at the World Economic Forum in Davos, Switzerland, on Tuesday.

He confirmed that the administration would be updating the list of countries in an interview with the Wall Street Journal on Tuesday at the World Economic Forum in Davos, Switzerland.

While he wouldn’t reveal which nations would be added, Politico spoke with sources who said the new restrictions would bar immigrants and travelers from countries including Belarus, Myanmar (also known as Burma), Eritrea, Kyrgyzstan, Nigeria, Sudan, and Tanzania.

Administration officials said the bans would not wholly bar all travelers from entering the US, just individuals with certain visas such as business or visitor visas.

Two versions of the original order were struck down twice in federal court, which ruled the immigration policy amounted to discrimination towards Muslim travelers. A third version of the immigration policy prohibiting travel from Syria, Iran, Yemen, Somalia, Libya, North Korea, and Venezuela was finally upheld by the Supreme Court in June 2018.

Administration officials said the list isn’t final and that a couple more countries could be added. The expanded immigration policy could be released as early as next Monday, which would be the third anniversary of Trump’s original order.

Trump continues to maintain that the contentious travel bans are put in place to protect Americans from potential terrorist attacks.