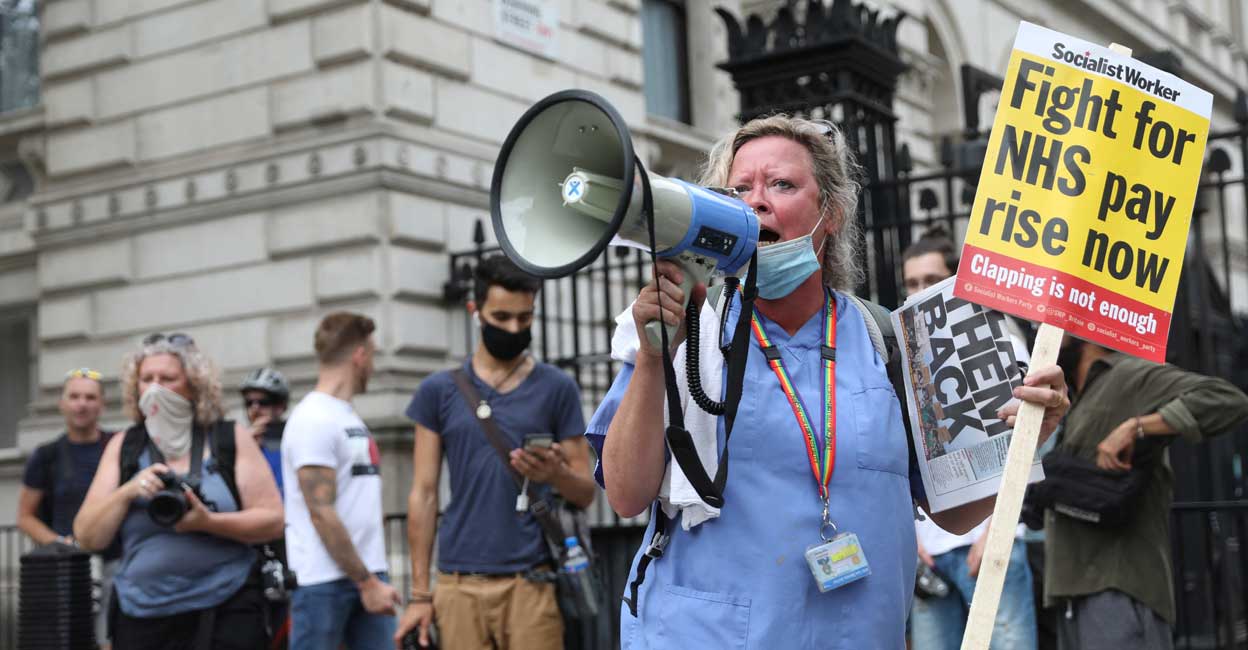 The UK Royal College of Nursing (RCN) has warned that a new wave of strike actions will be tougher than earlier strikes if talks with the government continue to stall.

Union leaders warned on Saturday that members who will participate in the new strikes will double the number of nurses who will be asked to strike in early February in an attempt to increase pressure on the Government.

Nursing staff from more than 55 NHS trusts in England are set to take industrial action on Wednesday and Thursday, with the RCN saying the next strike is likely to be on February 6, to coincide with the 10th anniversary of the Robert Francis inquiry into Mid Staffordshire NHS Trust and the impact of nurse shortages on patient mortality.

Their warning comes as ministers push for new laws requiring minimum levels of service on strike days, a legislation which is expected to take around six months to pass through Parliament.

“The Prime Minister gave nursing staff a little optimism that he was beginning to move, but seven days later, he appears entirely uninterested in finding a way to stop this.

“The public supports nurses because of just how much nurses give to the public. Rishi Sunak’s intransigence is baffling, reckless and politically ill-considered.

“Nursing staff just wanted to be valued and recognised. Without, they will keep leaving in record numbers with consequences for patients that Robert Francis documented in painful detail.

“The nurse shortage costs lives – Sunak cannot put a price on a safe NHS,” she said.

The RCN insisted that if progress is not made in negotiations by the end of January, the next set of strikes will include all eligible members in England for the first time.