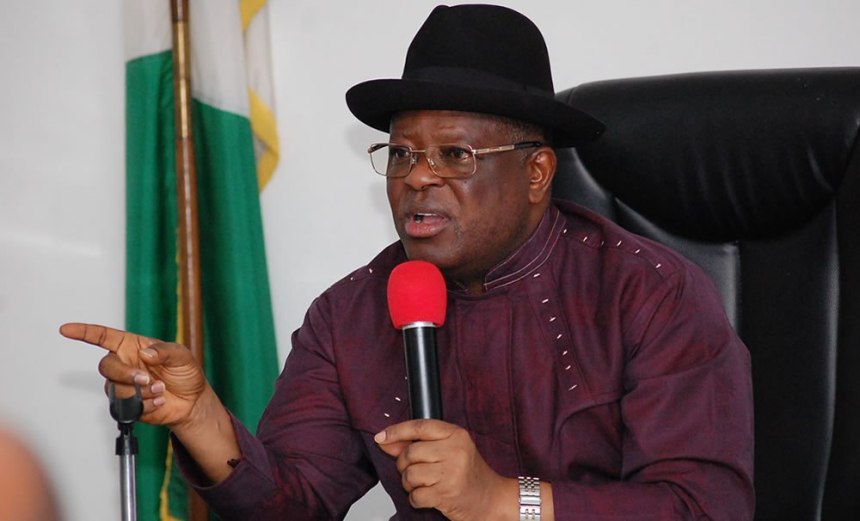 Gov. David Umahi of Ebonyi has constituted a five-member committee to investigate the alleged employment in the Ebonyi College of Education in Ikwo Local Government area.

The Commissioner for information and State orientation, Mr Uchenna Orji, made this known on Wednesday.

He said the governor approved the committee and directed member to submit findings and recommendations within two weeks.

The National Daily reports that Umahi on Tuesday suspended the Provost of the institution, Prof. Benedict Mbam and the Bursar, Mr Azubike Ukaoma over fraudulent recruitment without due process.

“The committee is expected to find out all employments made in that institution from 2019 till date.

“It was also directed to find out whether due process was followed and to seek memoranda from the public on any information on illegal employment done in that institution.

“The committee will also probe all finances of the institution within the period under review including all the projects done within the period and make appropriate recommendation to the state government,” he said.

The National Daily reports that Umahi in a suspension notice said the recruitment did not follow due process stipulated by the state government.

”All employment conducted by the institution’s management from 2019 till date are hereby nullified.

Israel to strengthen diplomatic relations with Nigeria for economic cooperation