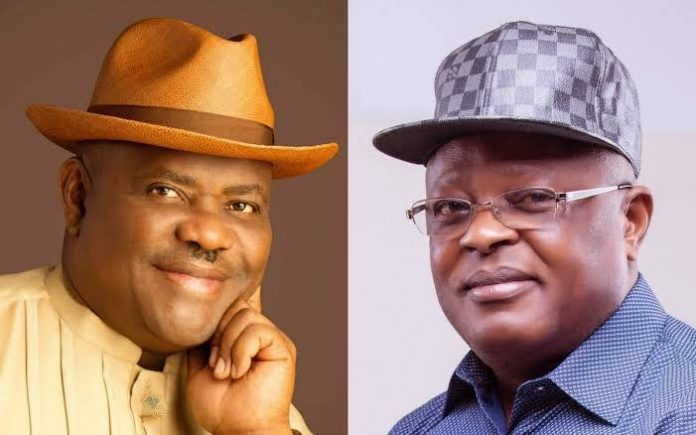 The clamour for an Igbo presidency is again on the front burner as the incumbent governor of Ebonyi, David Umahi, who recently defected to the All Progressives Congress (APC) from the Peoples’ Democratic Party (PDP) has come under serious fire from politicians from the Southeast region and his former party.

It would be recalled that Umahi, who is the Southeast Governors Forum Chairman, said he defected from the PDP to safeguard the interest of the region which is taking a shot at the Presidency in 2023.

Umahi said he left the PDP because it has been hijacked by “one or two” individuals, one of whom he said is Wike.

“There is nothing that happens in PDP without his authorization. He once said that PDP National Working Committee members are beggars and bribe-takers. I have asked him that let’s not take on ourselves or else it will be very dangerous. So let us face the party; the party does not belong to him.

Reacting to Umahi’s defection, governor of Rivers state, Nyesom Wike, accused Umahi of being a desperate politician, saying neither the APC nor the PDP had zoned their Presidential ticket.

He insisted Umahi was pursuing his selfish interests and asked him to concentrate on realising his ambition instead of claiming to be fighting for Igbo interest.

He said Umahi’s claim that he left the PDP because he cannot realise his presidential ambition in the PDP was not tenable.

Wike, who spoke on a Channels programme Politics Today, said: “If there is any person who has supported Umahi very well, he knows it is me. But he cannot threaten the party or dictate to the party.

Meanwhile, Chairman of the caucus and former Ebonyi State Governor, Senator Sam Egwu, at a press conference in Abuja, said though Umahi has the right to join any political party of his choice, the reasons he advanced for his defection were untenable.

“While we support that it is the turn of the Southeast to fly the Presidential flag of any of the major political parties come 2023, yet we consider it impolitic, indecent and unwise to give ultimatums and conditionalities in a bid to secure zoning.

Senate Minority Leader, Enyinnaya Abaribe, who was at the caucus briefing, said the PDP was not disturbed by Umahi’s defection.

Director-General of Voice of Nigeria, Mr. Osita Okechukwu, believes Umahi’s move will guarantee the popular agitation for a president of Igbo extraction.

He said: “It will more than any alchemy facilitate it, more so when he is the pilot of a gale of defections we are expecting from the region to APC.

The Association of Ebonyi State Indigenes in the Diaspora (AESID) warned the APC to be wary of Umahi, describing the governor as “controversial”.

Its President, Ambassador Paschal Oluchukwu, in a statement, recalled that Umahi once boasted that he was “100 per cent PDP and 100 per cent APC”.

The group praised some state lawmakers and cabinet members who refused to follow the governor to the APC.

Its President-General, Mazi Okechukwu Isiguzoro and Secretary-General, Mazi Okwu Nnabuike, accused Wike of being among those bent on denying the Igbo a shot at the presidency in 2023.

“The plot to deny the Southeast Presidential ticket is a high profile mistake that PDP would live to regret. PDP is heading for her doom and self-destruction in the Southeast.

“It is a miscalculation for the PDP to believe that it can win the 2023 Presidential election without Igbo votes,” the group said.