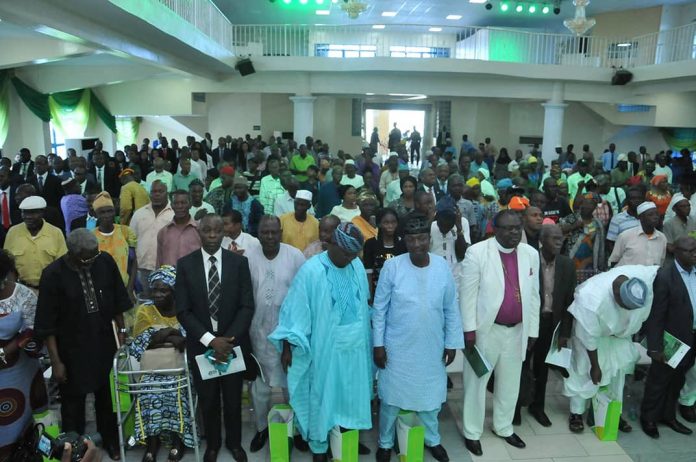 Shareholders under the aegis of Palm Wealth Shareholders Association (PWSA) has gotten a respite as a Federal High Court sitting in Abeokuta granted an interim order restraining the federal government from having access to the unclaimed dividends of shareholders in the capital market estimated to be more than N200 billion.

In the Finance Act 2020 signed into law last February by President Muhammadu Buhari, the Federal Government said that any unclaimed dividends of a public limited liability company quoted on the Nigerian Exchange Limited (NGX) and any unutilised amounts in a dormant bank account maintained in or by a deposit money bank, which has remained unclaimed or unutilised for a period of not less than six years from the date of declaring the dividend or domiciling the funds in a bank account, shall be transferred immediately to Unclaimed Funds Trust Fund.

The applicants asked the court to restrain the respondents from calling for or transferring the unclaimed dividends of the applicants from their respective companies to the Unclaimed Funds Trust Fund, in accordance with Part xv of the Finance Act, 2020.

The court also restrained the federal government from harassing, intimidating, inviting and/or ordering public limited liability companies or their Registrars for questioning for the purpose of taking or giving accounts of the unclaimed dividends, pending the determination of the Motion on Notice.

The Federal Government had, in a section of the 2020 Finance Act, proposed the establishment of a trust fund where unclaimed dividends would be remitted.

However, stakeholders in the capital market including shareholders had rejected the proposal. As part of efforts to stop the federal government from taking over the funds, PWSA instituted a case against the government at the Federal High Court in Abeokuta.

Shareholders, economists and securities experts had reacted angrily to the Federal Government’s plan to take over N200 billion unclaimed dividends into its coffers insisting that unclaimed dividends should be reinvested in companies as retained earnings to grow their businesses and generate employment.

They argued that if a trust fund must be created, it should be under the supervision of a leading private sector group, rather than being put in the coffers of the Federal Government.