Godfrey Chikwere, the journalist who was arrested in Ebonyi State over an alleged fake and incisive Facebook posts, reportedly developed health complications while in police custody.

It would be recalled that Chikwere, said to be a former media aide to Governor David Umahi, was arrested by the police during the weekend following a petition by the Ebonyi State Government accusing him of fake news, hate speech, incisive publication, and cyberbullying. Read HERE

Chikwere, a presenter/anchor at Broadcaster, Salt FM, had made a post on his Facebook account alleging that the Nigerian Army had lost self-respect and that politicians were the ones behind killings and would be the ones to give victims’ families money to start-up businesses, in the state.

According to Punch, Chikwere was to be arraigned in court, on Monday, October 11, by the Police, but reportedly slumped at the Command Headquarters, as a consequence of ill-health.

His wife, Onyinyechi, confirmed his ill-health to journalists, in Abakaliki, on Monday.

“My husband started falling sick, on Sunday night, when he was in the Police station. So, it became worst and the Police clinic couldn’t handle it. He has been at AE-FETHA, since morning.” she said.

“I went in the company of Iyo Etas, Abraham Chinenye Ezealiegbe, and Nelson Igboke and we can assure you that he’s getting stronger.

“Godfrey was arrested yesterday morning by the police over a Facebook post which some agents of Ebonyi State government saw as distasteful.

“HURIDE and partners are closely monitoring his condition and the situation surrounding his arrest to ensure he gets adequate justice.

When contacted, the spokesperson of the State Police Command, Loveth Odah, said she was not aware that the suspect was at AE-FUTHA, for treatment.

Reacting to the development, the Commissioner for Information and Orientation in the state, Uchenna Orji, said the suspect was neither a journalist known by the State Government nor the Nigeria Union of Journalists.

Orji claimed that the suspect was one of those spreading fake news and hate speeches across the state, adding that the Government was tracking those perpetrating such acts.

“My attention has been drawn to the publications in the social media that the Office of the Commissioner for Information and Orientation, in Ebonyi State, caused the arrest and detention of a journalist in the state,” he said.

“But the truth of the matter is that the Ministry of Information and Orientation in Ebonyi State, in keeping with its mandate of ensuring the orientation of the people against all forms of bad habits, and in keeping with its duty of sensitizing the people and ensuring the implementation of Ebonyi State law on Cybercrime Prohibition (012) 2021, we had to swing into action by ensuring that we track all persons spreading fake news

“Incidentally, this Godfrey Chikwere happens to be one of those found to be in the habit of posting fake information and also spreading hate speech,” he added. 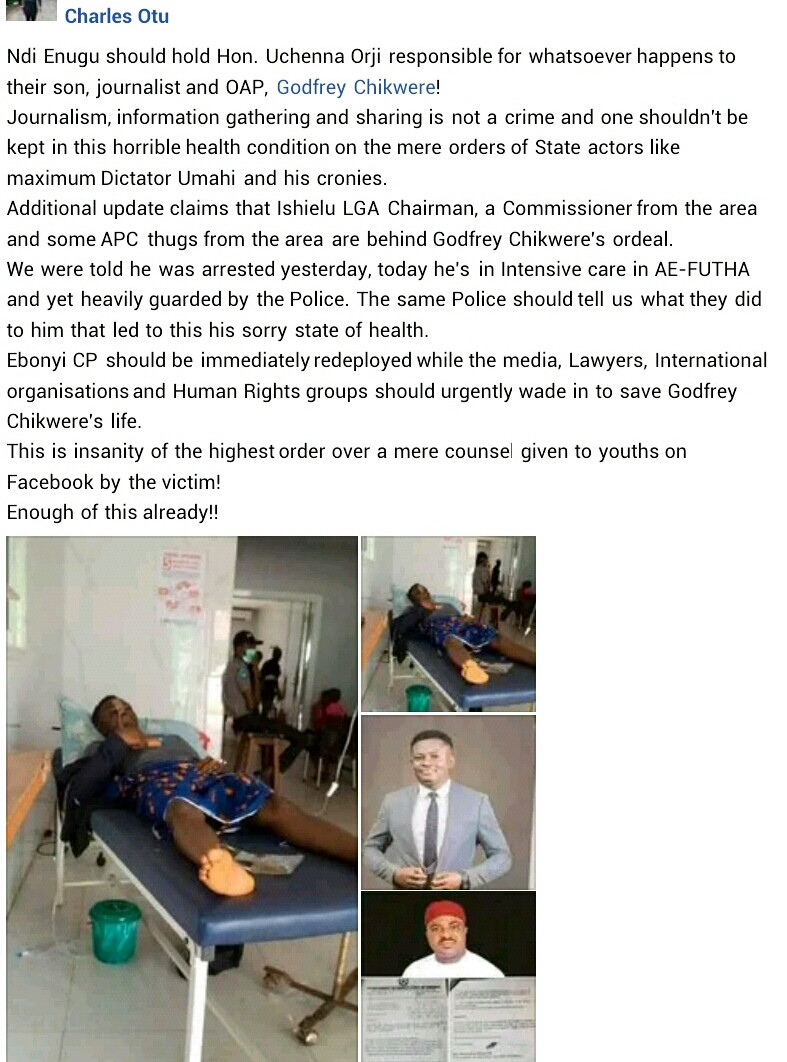 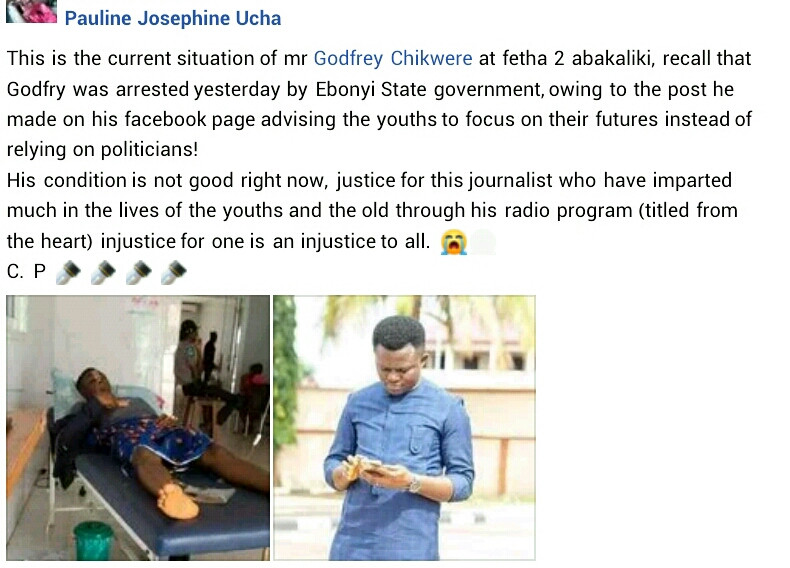 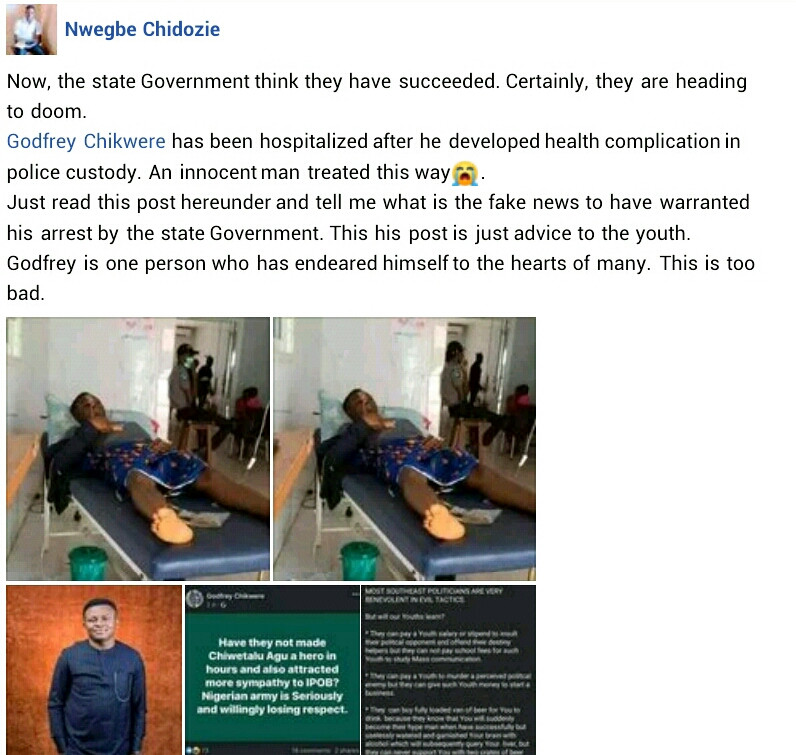 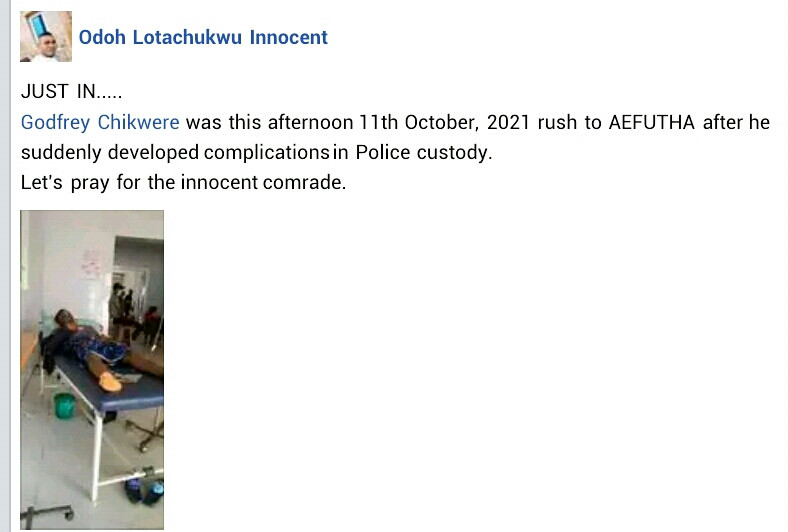