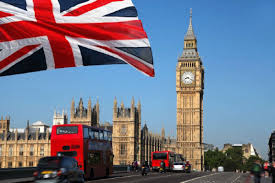 PHASE 2 (Buka) restaurant, Kilburn, London. Omo Whyte, the popular mixed race DJ was waltzing his audience with 70’s disco. The ambience of the restaurant was one of giddy drunkenness. Omo Whyte is a percipient genius. He has been serenading his fulfilled audience with the bibliophilic arsenal of his awesome collection of swanky CDs for years. He segues free from highlife, disco, reggae, soca, rap, indie, apala, fuji, rock, flava, R&B, soul, jazz, acid jazz, garage into salsa-makosa. He is the quintessential hedonist. At 5:00am he went crazy. The magic was U-Roy’s Baby Natty do. We wriggled, weaved, shove, grinned, push and shouted for more. It was the last dance!
When the mist of drunkenness settled, talk shop began in earnest. Buka owner is a man gifted with creative ideas of a political kind. Tables were named after the memories of our past politicians. We have the explosive mix of Awo, Zik, Nkrumah, Haile Selassie, Balewa and many others. There is no tribal predilection here. What we have, in the cesspit of Buka, at such wee hour, were a happy assemblage of semi-educated, educated, over-educated expatriate Nigerians who had come to dance away the sorrows of their daily grind with Omo Whyte as the master mixer. Here is where we come on Fridays to unbound our midweek inhibitions. Here is where we come to take on Omo Whyte with his deadly cocktail of wicked salsa. Here is where we overshoot our beer fest runway.
Nigerians are natural talkative. They are posers, which, in most cases, represent our sad, habitual paralysis. Many of us have sugar-coated tongues and can charm an avowed nun to drop her knickers. Social, educational and financial comparison is our regular marker. That is our thundering weakness. Even back home, Mr Ifeagwu the owner of a small generator oppresses Mr Oluwole, his front door neighbour, who has none and regards himself as better than him. No wonder a small ‘gen’ is now aptly sobriquetised as ‘I better pass my neighbour’. Poor man yapping poor man.
In a chemically-induced atmosphere like Buka, it is within sociometric bounds to ask a question like, what do you do in London? Such existential question may be unnerving. It requires a certain amount of honesty and integrity to declare what sort of job you do in London. More so when such job is not among the A-list kind of jobs that command respect and admiration. Some jobs will shock and awe you. Some on the other hand will send you into a jealous rage. Not to worry, as an avid observer of the Nigarianometer in the UK, I can give a breathtaking literary excursion into what we had to do in London just to survive. This is a celebration of people who shed blood, sweat and tears for others.
Nigerians are nomadic by instinct. The need to travel, to know, to succeed and excel is common in our gene pool. Nigeria as a failed state had failed many of us. Undefeated, we refused to shackle our fate to helplessness, poverty and despondency which characterised the lives of the majority of Nigerians. Pummelled by the gale force of shrinking hope, unemployment, unrelieved pessimism, oppression and daily round of derision by neighbours, many decided to walk away.
Thousands had to break free from the overwhelming emotions of leaving a place of certainty, where, when hungry, a meal was always available at an uncle’s flat. Culture shock aside, many Nigerians have settled well within the limit of their freedom as foreigners. That desire to excel had pushed many into the portal of gruesome daily survival. I doff my hat for the army of Nigerian slaving souls in the Diaspora. The conflation of survival, fortune and naked accumulation of pound sterling are the drivers of many destiny into the grater-like jaw of many odd jobs that dot everywhere in Tinsel Town, I mean London.
It is common to find Nigerians toiling away at McDonald’s, Burgher King and other sweet houses all over London. This is the normal baptism of fire for all economic migrants washed up into the shores of Europe. We have office cleaners, bus drivers, parcel couriers, site security officers, cab drivers, hospital porters, rubbish clearers, boiler technicians, night train cleaners, receptionists, janitors, akiri ja number- night traffic warders, supermarket checkout gangs, care assistants, CCTV manipulators, hairdressers, barbers, doormen and nightclub in-toilet serviette dispensers. This is not their true station in life, but the nature of life abroad demands a complete rebirth of the ego. Educated and highly educated Nigerians have to submerge their academic pride and join thousands of ‘hustlers’ determined to survive and succeed in a white, cosmopolitan London. Each narration of expatriation survival is an epic story of setback, loneliness and courage. In some jobs, you have to be a rabbit to know how cruel the jungle is. Happy New Year to my readers!
[email protected]
08181497471

INEC reruns no home runs yet