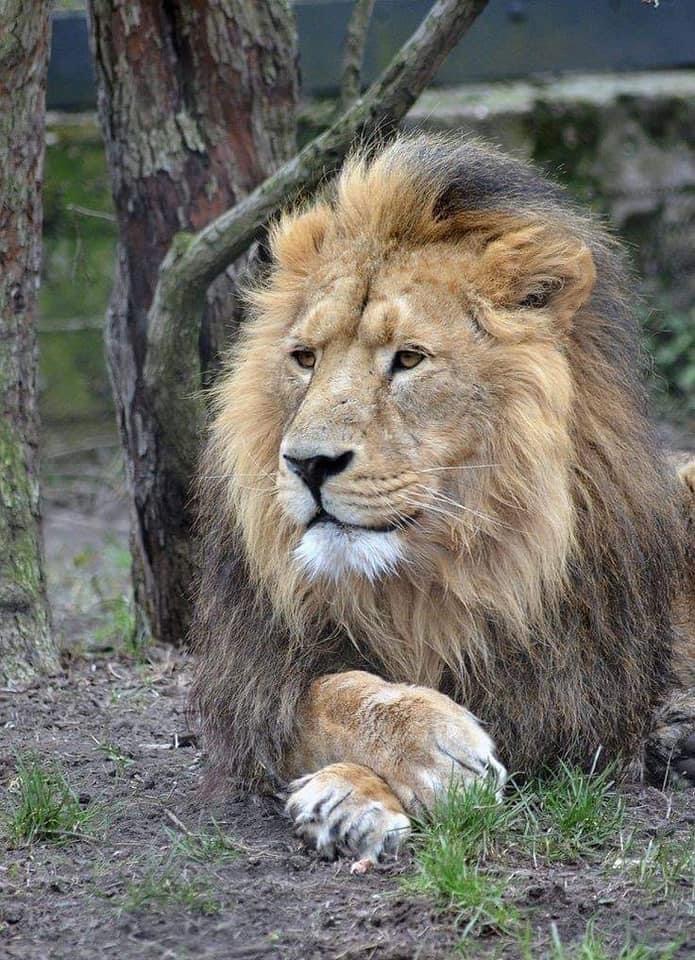 I am of this belief that no other animal has attracted as much attention, awe, myths, fables, cultural and spiritual representations as well as symbols as the Lion. The Lion is also a symbol of strength, power and ferocity.

But one distinct feature of the Lion which has been subject of series of studies for decades is the roar.

Until recently, many scientists and animal enthusiasts didn’t know the extent of communication codes embedded in the roaring of a Lion. Lions, as you may already know, aren’t the only animals that can roar.

This threatening feat can be accomplished by three other animals – tigers, leopards and jaguars. This isn’t a coincidence, of course; all four species belong to the same genus, Panthera. They are regarded as the Big Four.

Even though the lion is sometimes referred to as the “king of the jungle,” it actually only lives in grasslands and plains. The expression may have come from an incorrect association between Africa and jungles or may refer to a less literal meaning of the word jungle.

While the roar sends a warning message across to whosoever cares to listen that “if you can hear this roar, you are within my territory, and you are trespassing”, it also gives enough clues about the one roaring.

Other lions analyze the sound, to pick some subtle cues such as strengths, weaknesses, size, and to a large extent ability. Moreso, it gives the Lionesses clue to the testosterone levels and quality of the roaring Lion, thus providing assessment to his virility as a future partner. But that will not happen without a ferocious fight with the inhouse Lion, the outcome of which might be devastating before a Pride takeover happens.

A Lion’s roar is so loud because its vocal folds form a square shape. This shape essentially stabilizes the vocal cords, enabling them to better respond to the passing air. That way, lions can produce loud roars without exerting too much pressure on their lungs.

Let us first take a peek into a Lion’s Pride. African lions are the most social of all big cats and live together in groups or “prides.” A pride consists of about 15 lions.

Male lions defend the pride’s territory while females do most of the hunting. Despite this, the males eat first, and while eating, the cubs are allowed to join in the eating without incurring the wrath of the Male, but if a grown or adolescent female dare breaks that rule, she may pay with her life.

In some of the most touching episodes I watched, when female lions are too hungry and becoming impatient watching the male eat while they mark time, they go fetch their cubs to join in the feasting, with the presence of the cubs, the Male Lion eats faster and allow the entire family to eat. His selfishness does not manifest whenever the cubs are with him. He plays the fatherly role.

A good but not very reliable gauge of a male lion’s age is the darkness of his mane. The darker the mane, the older the lion. Also, female lions are attracted to dark maned lions because it is a sign of stronger genes, and good quality sperm, it is believed that surge of testosterone affects the pigmentation of the mane, and darkens them.

The powerful roars of a lion can be as loud as 114 decibels, which is as loud as some rock concerts. And can be heard six kilometers away. According to speech scientists the roar of a lion is somewhat like a baby’s cry for attention, low-frequency roars of lions are predetermined not by nerve impulses from their brain, but by the physical properties of their vocal fold tissue i.e. its ability to stretch and shear.

Male Lions roar for various reasons—a lion may roar to scare off an intruder, another lion, or a predator. It could also roar to warn its pride of imminent danger. Or it could roar to simply ‘show off’ in front of other lions, which obviously has an advantage in the wild when it comes to mating.

Sexual Relationship in the Lion’s Pride 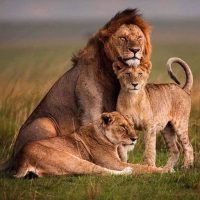 Aside from Hyenas, Lions (cats generally) seem to have one of the most unexciting and outright painful sexual experience. Little wonder they are not among the animals that engage in sexual intercourse for pleasure.

That luxury is reserved for man, different species of monkeys and especially the Bonobos that use sex to settle quarrels and sign armistice between two warring factions.

Lions are polygamous and breed throughout the year, but females are usually restricted to the one or two adult males of their pride. In captivity lions often breed every year, but in the wild they usually breed no more than once in two years. Females are receptive to mating for three or four days within a widely variable reproductive cycle.

During this time a pair generally mates every 20–30 minutes, with up to 50 copulations per 24 hours. In some rare cases, some lions have been recorded to mate for up to 80 times a day. Sex for them is quite draining and exhausting, that is why a Lion is most vulnerable during mating. It stays off food for about four to five days, and make at least once every 20 minutes.

Such extended copulation not only stimulates ovulation in the female but also secures paternity for the male by excluding other males.

Lions (Cats) have a very unusually designed penis. Their penis gorge into is screw shape when erect and the screwlike shape thrusts in a motion that help locate and flush out the sperm of any other male that’s already deposited inside the vagina of the female.

This act ensures that the one mating will have have the sole perquisite of fertilizing the female, engendering his opportunities siring the offspring. This race of the luckiest happens where you have more than one alpha male within a pride, especially brothers. But it was also designed to checkmate cheating by lionesses as they have no way of checking the DNA of a new born curb unlike the Zebras.

The Zebra however, subjects every new calf to a DNA test to ensure the female did not cheat with a renegade from outside the family. The scent of the new born calf holds the DNA code so If the alpha male within the Zebra family discovers that the calf does not belong to the family, he kills it in a public execution display by trashing it to pulp where the mother and other females are made to watch so they know what would happen should they tow similar paths.

Back to the Lions

Immediately penetration is achieved, very tiny sharp needlelike structures protrude pointing backwards and ejaculation is achieved by a slow withdrawal which causes these needles to tear through the walls of the vagina causing very intense but necessary pain to the female that immediately triggers ovulation.

This experience is so painful that some females have been known to attacked the male causing life threatening injuries, that’s why the male always hold down the head of the female to the ground with its teeth to prevent backlash.

At birth, lion’s cubs are able to follow their mothers at about three months of age and are weaned by six or seven months and became semi independent at two years old. Although lionesses will nurse cubs other than their own, they are surprisingly inattentive mothers and often leave their cubs alone for up to 24 hours.

In the wild, sexual maturity is reached at three or four years of age. Some female cubs remain within the pride when they attain sexual maturity, but others are forced out and join other prides or wander as nomads.

Male cubs are expelled from the pride at about three years of age and become nomads until they are old enough to try to take over another pride (after age five). This interesting practice helps prevent inbreeding so brothers do not cross breed with sisters.

When the young male are sexually active, their fathers will deploy a tough love strategy by attacking it and force him into exile to leave the pride to fend for himself. Many of such adult males remain nomads for life.

Mating opportunities for nomad males are rare, and competition between male lions to defend a pride’s territory and mate with the pride females is fierce. Cooperating partnerships of two to four males are more successful at maintaining tenure with a pride than individuals, and larger coalitions father more surviving offspring per male.

Small coalitions typically comprise related males, whereas larger groups often include unrelated individuals. If a new cohort of males is able to take over a pride, they will seek to kill young cubs sired by their predecessors. This has the effect of shortening the time before the cubs’ mothers are ready to mate again by forcing the mothers into early heat in the absence of their cubs.

Females attempt to prevent this infanticide by hiding or directly defending their cubs; lionesses are generally more successful at protecting older cubs, as they would be leaving the pride sooner. This helps to keep the bloodline going.

Also in some very rare occurrences, females have used sex even when they’re not in heat to lure invading males away from their cubs, giving the cubs ample time to hide or make an escape.