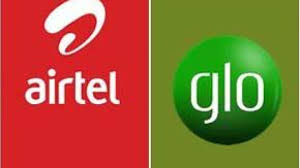 Nigerian Communications Commission (NCC) may have banned the over the 29 milliom Glo users in Nigeria from being able to put a call through Airtel lines due its failures to settle the interconnected charges owed to Airtel.

The decision by NCC was taken in accordance with Section 100 of the Nigerian Communications Act 2003 and guidelines on procedure for granting approval to disconnect telecommunications operators.

Recall that in August that MTN Nigeria banned incoming calls from Glo users for at least five days over the latter’s failure to pay its interconnection debts.

According to reports, the debt burden and the accrued interest had risen to N4.4 billion, out of which Globacom paid the sum of N500 million as at the time of the ban. Glo however made a payment of N2.6 billion in the same month.

Glo was caught in the web again: The company is said to be owing Airtel interconnected charges as well. According to a statement released by NCC and seen by Nairametrics, Glo was allowed to present its reasons for the indebtedness. The reason was, however, not convincing to NCC, resulting in the approval of a partial disconnection of Glo from Airtel.

The partial disconnection will only affect outgoing calls from Glo to Airtel but Glo users will be able to receive incoming calls from Airtel. Note that Airtel had also disconnected Exchange Telecommunications Limited in August but the Bharti Airtel subsidiary didn’t get approval from NCC. This resulted in NCC hitting Airtel with a N122 million fine. 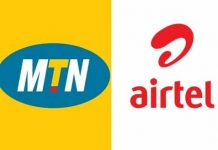