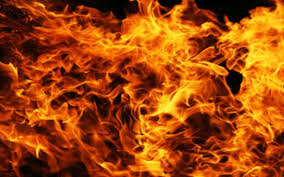 In a fearless move to escape investigation one of bandits’ informants chose suicide rather than surrender when soldiers came with a long list of suspects in Dansadau, Maru, Zamfara.

Musa Na’umma a triggered petrol bomb, and stayed put in the inferno.

According to report, about 11 truckloads of soldiers stormed the town, with a list of 30 suspected informants.

“One Musa Na’umma was among those arrested,” the Daily Trust reported.

He was taken to an army formation in the community and was locked inside a room.

“However, when a soldier entered the room, the suspect quickly grabbed the soldier’s rifle and struggled with him in an attempt to seize it.

“The suspected informant then fired shot(s) at a jerry can containing petrol and it quickly burst into flames. The soldier then swiftly jumped out of the room leaving the suspect in the raging flames.”

According to residents, some members of the community have been having deals with bandits through trading—selling rustled cows, stolen phones and motorbikes for them.

“During the recent night raid on the community, the voices of some of the informants were heard and identified, pinpointing residential houses for the selected targets of the assailants,” another source told the newspaper.

“I can tell you that about a dozen of youths mostly native inhabitants of Dansadau have drifted to banditry largely through financial inducements from these criminals. They are there with bandits in various camps inside forest,” he added.