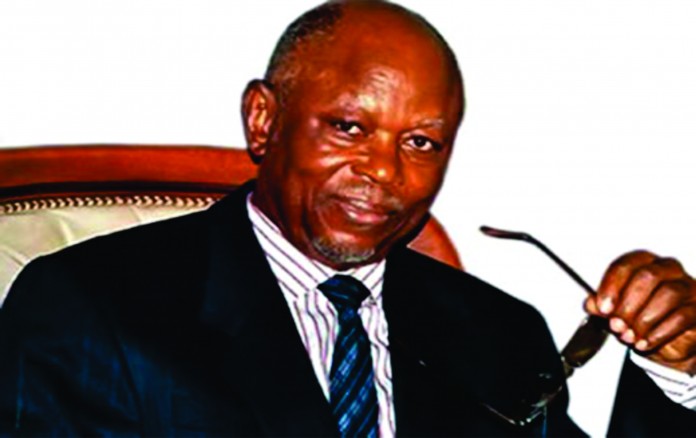 The APC national leader Bola Tinubu has fallen out with his party chairman John Oyegun, and has called on the party to remove Oyegun from office.

According to a statement released September 25, Tinubu said Oyegun is amongst the opportunists still hangin around in the ruling party—those who no longer have any sacrifice to make.

“He is but the mercenary of forces that seek to return the nation to the old ways,” said Tinubu. “If they get away with this infraction, no telling what or whom they will undermine tomorrow. Much is at stake.”

There had been rumours before now that the two were fighting a supremacy battle in the move to anoint the party’s flagbearer in the Ondo guber election come November.

While Tinubu endorsed Segun Abraham, Oyegun, according to reports, worked in favour of Rotimi Akeredolu who, 20 other contestants said, manipulated the delegate list.

Tinubu, describing Oyegun as a transgressor, said the chairman betrayed the tenets of the APC, and he was a willing tool in the efforts to derail the APC agenda.

“Oyegun’s comportment regarding the Ondo state primary will become the textbook definition of political treachery and malfeasance of the basest order,” said the former Lagos governor.

Although his godson Abraham came second, Tinubu said he trusted the election and accepted the outcome in good faith—until certain issue seeped out.

“Indeed within hours of the announcement, news began to filter in that gravely disturbed me,” he said.”The delegate list had been materially altered by someone in a strategic position to so do. The names of over 150 valid delegates were excised to make room for an equal number of impostors.”

According to him, the NWC voted six against five to cancel the fraudulent results and hold an honest primary.

In what looked like a drama, Oyegun, after the vote, launched a prayer session, and while the committee was absorbed in prayer, the chairman stepped out, and forwarded Akeredolu’s name to the INEC.

“Contravening the NWC decision and in violation of all rules of fundamental decency, Oyegun decided to safeguard the fraud done in Ondo by perpetrating a greater fraud. Oyegun arrogated to himself the right to submit the name of Rotimi Akeredolu to INEC as the candidate of the party,” he said.

Oyegun has yet to respond officially or personally to Tinubu’s brickbat. But sources close to Tinubu said the Sunday release was from him.

Political analysts believe the frosty relationship between the two would not but surface.

Even though Tinubu had been magnanimous as a friend and political partner to Oyegun in the past, the chairman, who Tinubu helped install, would want to be his man, too.