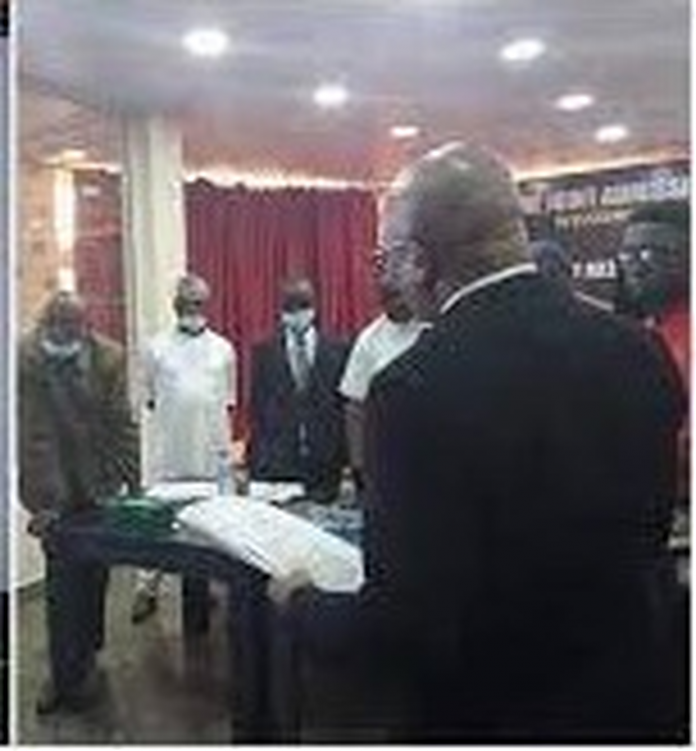 Chinedu John had always thought he was the smartest teenager around.

The 19-year-old then got a lawyer, and sued the exam board, demanding N1 billion in damages. His father John got his back, too.

The case is now with police.

As of the time of publishing this, a party to the matter was trying to cop-out.

JAMB Registrar Prof Ishaq Oloyede, who briefed journalists at JAMB’s headquarters in Abuja on Friday, said John claimed he scored 380 in the examination conducted in June, but couldn’t believe the admission board changed it to 265 after it released the result.

“The result I have been receiving is not the result I am entitled to. I wrote the first JAMB in 2019,” Chinedu said, repeating before JAMB what he told his lawyer earlier.

“The first time, they sent 328 and later, I saw 278 when I checked it. I printed it. I couldn’t meet up for admission that year. I wanted to study medicine and surgery at the University of Ibadan.

“I decided to leave Medicine and Surgery for them in 2021 so I picked Petroleum Engineering. In 2021, JAMB issued me two results. I saw 380 the first time I checked and then the second time, I saw 265.”

Chinedu’s father decided JAMB must pay for this scam. So he flew to lawyer Ikeazor Akaiwe who in turn wrote JAMB, demanding Chinedu be allowed to retake the exam, and N1 billion for the physical and emotional harm that gross thing the board did to his client.

The three then travelled from Enugu to Abuja after the board invited them.

No reason Chinedu gave for the JAMB automatons targeting him. In his own imagination, however, he could see why.

A candidate seeking admission to UI must be a high-flyer. And he’s got to be a self-confident one for applying to study medicine and surgery. In fact for mastering how to tweak a phone and juggle codes, Chinedu cut across as a whiz of sorts.

His father was proud of him, no doubt. JAMB wasn’t.

According to Oloyede, the boy had a pre-meeting moment to come out of his delusion of self-grandeur. Like change his story, and act clumsy so it could appear he, in good faith, had a mix-up with that narrative of his.

Not Chinedu. He stuck to his gun. JAMB messed with me.

If the board actually did, it did to 10 others like John.

And that calls for worry.

But by the time the September 3 meeting ended at JAMB headquarters, it was John that now had cause to worry. And his father.

“We are not saying JAMB should not investigate,” the lawyer said. “But what I won’t take is for JAMB to prejudge my client.”

According to the board PRO, Chinedu was being clever by half while he was manipulating the JAMB code for sending result: 55019

All along, the boy had been rigging the JAMB score by using his sister’s phone number.

Fabian Benjamin said the board discovered Chinedu saved his sister’s number on his phone as 55019, and used the phone to send the fake result to his phone.

“He pleaded for mercy that he had to do that when the result he got was not up to what could give him his desired programme.”

Professor Oloyede has handed Chinedu over to police for further investigation—just like 10 others—and prosecution.