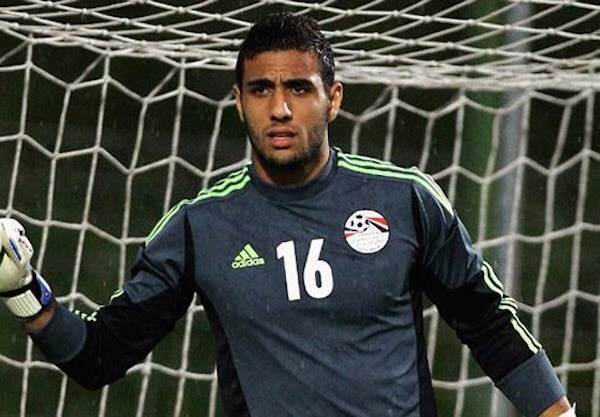 Zamalek’s president Mortada Mansour said on Thursday that team’s starting keeper Ahmed El-Shenawi would be heavily sanctioned after the international player failed to join Zamalek’ on his flight to play a Champions’ League match in Nigeria.

Zamalek will face Nigerian side Enugu Rangers on Sunday in the second leg of the Champions League round of 32.

The keeper missed the trip because he is suffering from a muscle injury,  team’s assistant coach Mohamed Sabry had told reporters before the flight.

However, shortly after Zamalek’s plane to Nigeria took off, the club’s president accused his keeper of “rebelling” against the organisation.

“The keeper missed the team’s training during the past two days and his father claimed his son is injuried, Zamalek’s president told the club’s official website on Thursday.

“It is chaos and I cannot accept such behaviour in my team. We have a team’s doctor who is in charge of making a decision whether the player is injured or not.”

“The player will be questioned by the club on Saturday and he will be heavily punished.”

Zamalek claimed a comfortable 4-1 win in the first-leg Sunday in Cairo in a game that saw the international keeper sustain a head trauma in the injury time.

Meanwhile, Mansour asked Pharaohs coach Hector Cuper to drop the keeper from Egypt’s squad that will face Togo in friendly later this month, threatening Cuper he would prevent Zamalek’s player from international duty if he insists on calling-up El-Shennawi.

“I cannot understand how a rebellious player could represent his country,” Mansour added.

Share this on WhatsApp
Related Topics:Ahmed El-ShenawikeeperZamalek FC
Up Next

We are targeting away win in Lokoja – Coach Maikaba