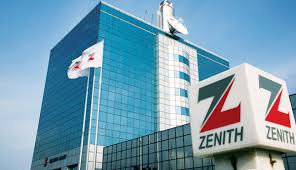 An employee of Zenith Bank Plc in Lagos simply identified as Bunmi has been accused of stealing N3 million from accounts of customers with the bank.

The fraud was reported to have been uncovered after complains were placed by the owners of the accounts about their disappearing funds, which made the bank to institute a probe.

Owners of the blocked accounts, who were reportedly unaware that their accounts were being used for fraud, were said to have reported at their various branches and complained of the development.

She noted that the two men tricked the account owners into releasing the numbers, adding that the duo shared the proceeds of the fraud with the prime suspect, who was at large.

Badmos said N3m had so far been traced to the suspects.

She said, “Between November 2017 and January 2018, the Zone 2 Police Command, through its Zonal Intervention Squad, arrested two suspects who were members of a fraud syndicate. They specialised in hacking into bank accounts.