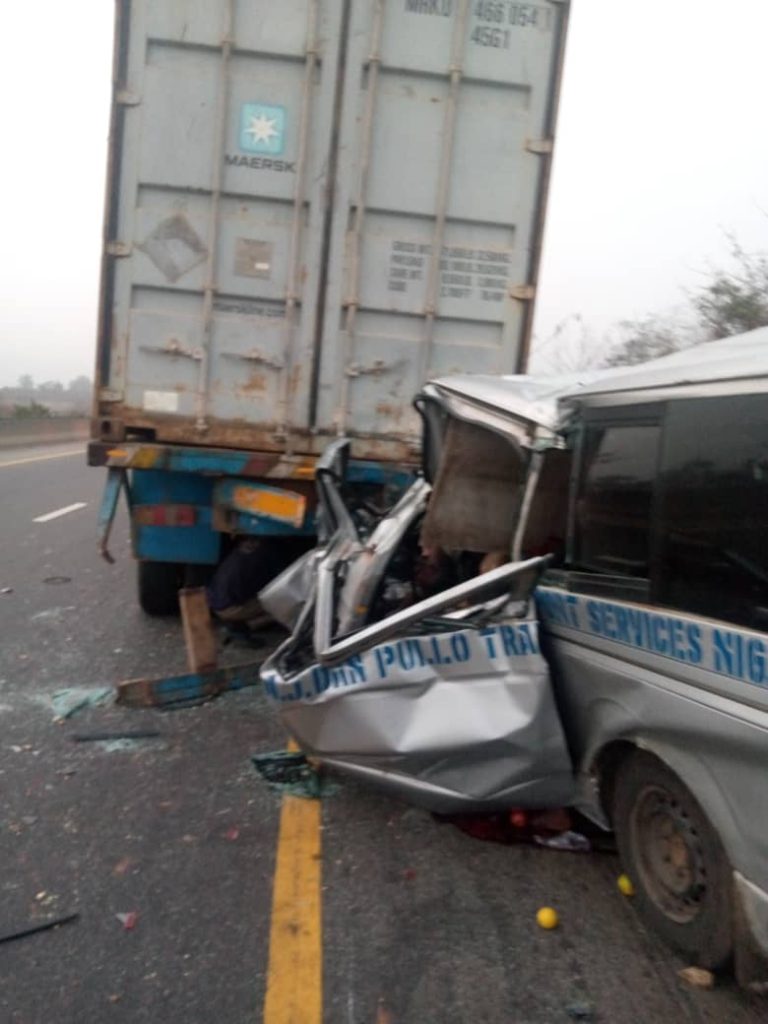 No fewer than 10 persons were confirmed dead on Saturday in an accident involving a Mack truck and a Toyota Hiace bus at Oniworo area on the Lagos-Ibadan expressway.

Umar explained that the accident occured at 4: 30 a.m.

He explained that the Toyota bus marked KLD 539 XA lost control and ran into the truck with no registration number at the rear.

” A total of 19 people were involved in the crash which comprised 13 male adults and six female adults.

Umar stated that the injured victims were taken to Victory Hospital, Ogere for medical attention while the deceased were deposited at Ipara morgue .

The sector commander urged motorists to always put on the head lamp when the weather is poor.

He cautioned motorists, especially truck drivers, to always display caution signs whenever there was breakdown on the road.

He commiserated with the families of the crash victims and asked them to contact FRSC Ogunmakin for more information about the crash.

Share this on WhatsApp
Related Topics:10dieLagos-Ibadan Expresswayroad crash
Up Next