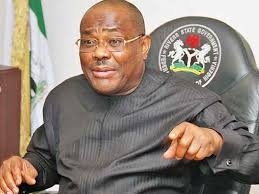 The media chat of Governor Nyesom Wike of Rivers State in Port Harcourt on Friday revealed 10 critical issues in the lingering impasse in the Peoples Democratic Party (PDP).

According to Wike, “the party has held its presidential primaries, Atiku has won. There is nothing anyone can do about it; we have put that behind us.”

Wike had argued: “if the APC that has just had President Muhammadu Buhari in office can zone the presidency to the south after eight years, why would PDP which has zoning as a rule take it to the north.”

Wike declared that “Ayu must make sacrifice, resignation is not removal.”

According to Wike, “Atiku should show that he has capacity to unify Nigeria. he should resolve the crisis in the PDP on the basis of political expediency, not law. A party that is in the opposition and serious to win an election cannot be as arrogant as the PDP. If the PDP cannot restructure itself to correct the marginalisation in the PDP, Nigerians are now doubting the party’s capacity to unite the country.”

Wike declared: “I dare the party to sanction me. They should do it. Who will sanction me? Those, who left the party cannot sanction me. If they do it, they know what I can do. Suspend me, what you see, you take it.”

According to Wike, “If at the end, the party refuses to meet our demand, we will meet again to take a decision on our next strategies for the election. Haven’t you seen where a senatorial candidate lost in an area while the governorship candidate from the same party won in that same place?”