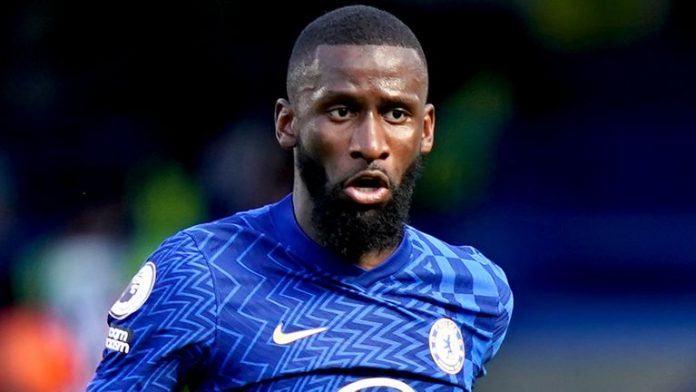 Two men have been arrested after items were thrown onto the pitch during Chelsea’s clash with Tottenham yesterday.

The Football Association (FA) have launched an urgent investigation after Blues defender Antonio Rudiger became the latest victim of crowd trouble in the Premier League.

Objects, including a lighter, appeared to be thrown in the Germany defender’s direction from the away end at Stamford Bridge.

The Metropolitan Police confirmed two men were taken into custody, while they are also trying identify anyone else who was throwing objects.

The incident followed similar ugly scenes at Goodison Park on Saturday, where a teenager was charged with assault and throwing an item onto the pitch during Everton’s clash with Aston Villa.

Following events at Chelsea, an FA spokesman said: “We are investigating the incident and we are liaising with the club and the police as a matter of urgency.”

Tottenham added: “We will work with Chelsea to review the footage and take any appropriate action.”

Chelsea boss Thomas Tuchel, who over the weekend sent a plea to fans not to invade the pitch, said football needs to work together to drive out the worrying trend.

While he insisted he was not concerned about his own safety, he said: “I sent a message to our fans and supporters that we love to have them close to the pitch. We love that it is a brilliant atmosphere, that they are not behind fences, behind nets, whatever.

“From there everybody needs to show respect and behave and follow guidelines.

“In general, I am not concerned because right now I enjoy the atmosphere, also in away stadiums, it is brilliant and if this is a new trend we should act together so it stops as soon as possible to protect the environment of this game and the atmosphere because it is absolutely unique here in England.”