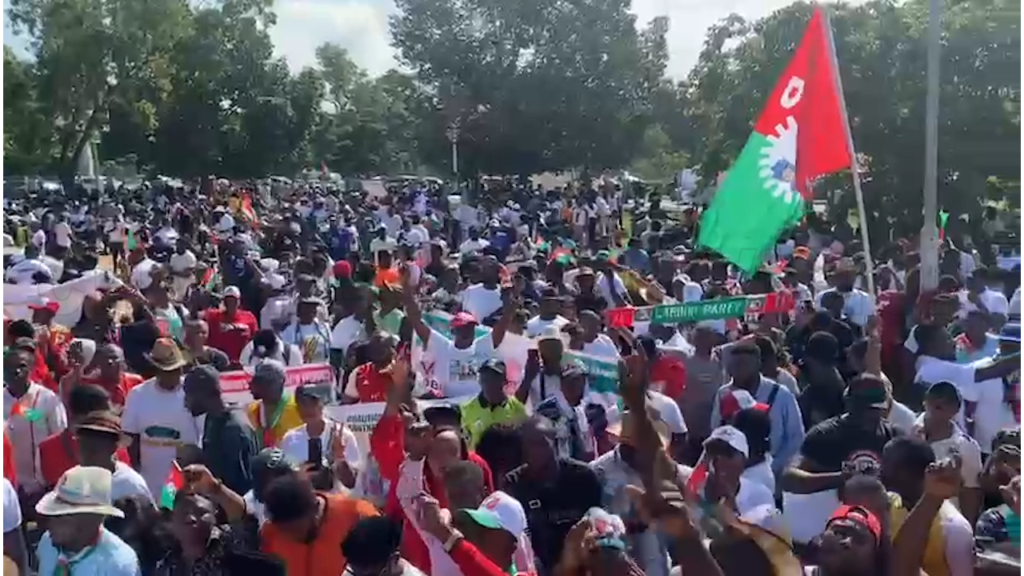 “We have governors and legislators who seem to care more about private profits than our lives and health. They care more about going to resorts than whether our children have basic amenities such as drinking water.”

Social media platforms have decisively influenced our society. Facebook, WhatsApp, Instagram, Twitter, YouTube, Tik Tok, and Snapchat are considered the most used sources of information worldwide. The less expensive access, ease to use, and the presence of a higher number of users make them one of the easiest and most effective methods to disseminate information.

In the last 26 years, technology has played a fundamental role in elections worldwide – for better and worse. For example, the first political campaigns to use the internet were President Bill Clinton and Republican nominee Bob Doles in 1996.

With the advent of social media in the early 2000s, new platforms emerged nearly every year that transformed how candidates communicated and engaged voters. For the past 20 years, several media platforms have embraced their role in the democratic process. They proactively publicized their partnerships with political leaders to help people know them. They show how candidates find their platforms indispensable in reaching voters. They co-host debates and conduct opinion polls on what people know about their candidates and programs.

In 2008, after President Barack Obama won as the president of the United States, many wondered how he managed to defeat his opponent. Some people affirmed that the key factors may have been how he used social media in his campaign. Obama recruited a consortium of influencers for the 2008 election, asking them to pass on relevant research findings and ideas for an effective campaign team.

His 2012 election campaign built on that, drawing heavily on tools from social media, not only in areas like how to get people to vote but to determine what prompts, triggers, or steers a potential voter to cast their vote. And what potential barriers might exist or arise to deter them? With these in mind, activists mobilized quickly using various communication strategies. First, they made telephone calls to voters and asked if they had a plan to vote. If not, they should make one and specify when they will vote.

Second, they email voters asking motivational questions, such as their strategies for the election. And third, they created billboard campaigns that helped to get voters thinking about three vital aspects of planning to vote ‘when, where, and how. They also utilized a commitment card and persuaded people if they would sign it as a commitment to vote on that day. This card had a picture of the president on it. Research has shown that pledging in public and signing to do something makes someone more committed.

Besides, images are more salient and usually more influential than words. Hence, printing the photograph of Obama may have had an additional impact on voting. The campaign team also recognized that people are more likely to vote if they remind them of their identity as a voter. So, when the Obama campaign team began knocking on doors to door for his second term, they immediately identified people as voters. They reminded them how they voted in the past appealing to people that they need to affirm that identity again. Hence, using the past as an anchor or a reference point to solicit more votes.

Unfortunately, due to the long reign of authoritarian rule, the Nigerian elites have been socialized into a martial culture with waves of arrogance. One of the areas they exhibited this militaristic culture is through campaign speeches and advertorials. During campaigns, they often couched in the intemperate language of politics akin to warfare. It is not uncommon, for instance, to hear party bigwigs boast of their intention to capture a particular swing state during campaigns.

A case in point is a former chairman of a previous ruling party, a retired military officer who once described a controversial godfather as ‘the garrison commander of the western region’ and advised the then governor of the state to go and settle his rift with the godfather. With the militarization of the psyche of the elites, dirty politics and several political thugs and gangs are born to unleash violence on supporters of rival camps or perpetrate heinous crimes in the name of politics. Besides the above scenario, the electoral systems set minimum practical strategies for attaining power.

The collation and counting system adopted by the country makes it impossible for a winner to emerge without manipulating the results, making such electoral victories worthless because of the violence that often ensues. When electoral outcomes favor unpopular candidates, mobilization for violence becomes inevitable, especially when the change in power between contending ethnic groups belongs to different religious factions.

At the signing of an accord for peaceful elections by the presidential aspirants for the 2015 general election, former President Goodluck Jonathan emphasized this assertion when he said: The winner takes all is the problem. Based on our laws, we should create a concept that will work. We should make it so that when a party wins at the state or national level, parties that performed very well in forming the cabinet should be made part of that government by law and not by privilege. If politicians know they will still be a part of the government, they will be mindful of their utterances during campaigns.

The road to the Nigerian presidency is usually long, expensive, and exhausting. Becoming a presidential candidate is only the beginning of the election process. But successful candidates must persuade voters that they deserve their votes to become their leaders. Persuading voters is the essence of a political campaign.

Nigerians over 18 years are entitled to vote in federal and state elections. But voting is not always a default right for all Nigerians. Most of the time, Nigerian elections become bloody, marred by intimidation, irregularities, vote buying, snatching ballot boxes or papers, or stuffing ballot boxes with fake ballot papers. In many cases, the polls usually showcased the patterns of corruption and human rights abuse that characterize the day-to-day reality for citizens in Nigeria.

Elections are the hallmarks of any democracy. They also serve the purpose of a peaceful change in government and confer political legitimacy on the government. Hence, elections represent the expression of the sovereign will of the people. However, the conduct of elections in a plural society like Nigeria is often fraught with violence. Failure is not an option for many political leaders.

At the core of this bitter contest is the struggle for power represented by elite groups. We have governors and legislators who seem to care more about private profits than our lives and health. They care more about going to resorts than whether our children have basic amenities such as drinking water.

As we approach general elections, members of political parties have slogans attached to the names of their preferred candidates. Those supporting Mr. Peter Obi preferred to be called “Obedient members.” Others who are supporting Atiku Abubakar are “Atikulated.” Those on the side of Ahmed Bola Tinubu can also affirm they are “Tinubulizing.” Those in favor of Fr. Hyacinth Alia say they want to “Alialize.” Others who support Samuel Ortom claimed his candidature is “Ortomatic.” And those who support Titus Uba can also say they are “Ubalizing.”

So, if you are Atikulating, articulate your programs and tell us what you will do to the power sector, roads, hospitals, and education sector. Articulate how you will deal with insecurity to make our road safe once more. If you are Tinubulizing, endeavor to drive deep into the underprivileged masses in various constituencies. Of course, the road is poor because of maintenance. But the bullion vans could reach them. If you are obedient, endeavor to make your humility top-notch by reaching out to the impoverished and forgotten people in rural areas. One million matches in cities alone are not enough.

These villages are the places where you will need their votes the most. If you are Alializing, make sure you realize your campaign promises when we need you most. The road to my village that prevented me from schooling during the rainy season needs attention. Of course, if you are Ubalizing, you know that an urban city can only happen when you defer godfatherism to work for the common good.

So, promise us that godfathers will not influence your decision to bring development to our state. And finally, if you want an Ortomatic (automatic) ticket, convince us why your case should be unopposed and show us your achievements that make you feel we should vote for you again. The choice is right here and now. Therefore, do not wait until the last minute.

Share this on WhatsApp
Related Topics:AtikulatedBatifiedEmilokanJagabanObidientsone million man marchpeace accord
Up Next