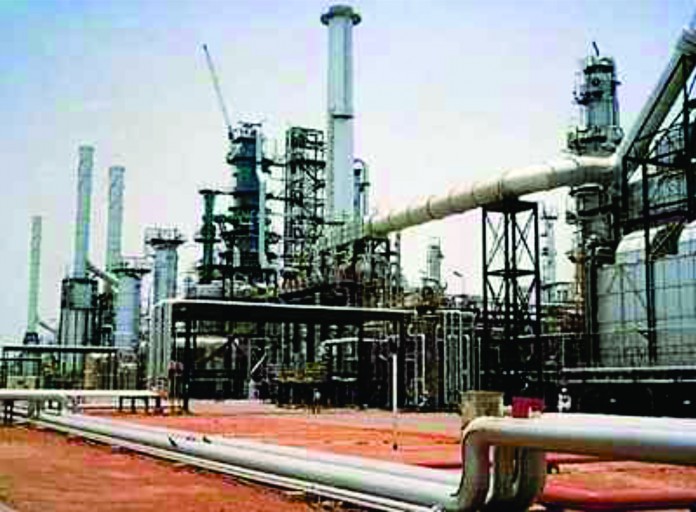 Moved by the desire to transform the oil and gas bearing communities of the oil rich area of Nigeria, the national chairman of the Host Communities of Nigeria (HOSTCOM) producing oil and gas, Dr. Mike Emuh has entered into a partnership arrangement with a German based agricultural expert JBX-AEO International Limited to invest $1billion into mechanized farming in the area.

Leader of JBX-AEO International Limited, Engr. Michael Olateju who briefed a powerful delegation of HOSTCOM national executive at its headquarters on Effurun/ Sapele Road, said agriculture can be made an alternative source of income to the Nigerian economy knowing fully well that crude oil and gas are perishable natural resources that will not sustain the nation for so long.

According to Engr. Olateju, cassava is a wooden shrub with an edible root, which grows in tropical and subtropical areas of the world.  Cassava which originated from tropical America was first introduced into Africa in the Congo by the Portuguese around 1558. Today, it is a dietary staple in much of tropical Africa.

The agric expert who said cassava is very vesalite and its derivatives such as starch are applicable in many types of product such as foods, confectionery, sweeteners, glues, plywood, textiles, paper, biodegradable products, monosodium, glutamate and drugs added that chips and pellets are cassava by products used today in animal feeds and alcohol production.

Explaining further, he said, “more than 228 million tons of cassavas were produced worldwide in 2007, of which Africa contributed 52%.  In the same year under review, Nigeria produced 46million tons of cassava making world largest producer.  The verifiable statistics were made in 2002 by FAO estimates, of this Africa export only 1 ton of their cassava annually which is not good for a growing economy.

Dr. Emuh who urged state chairman of the group to key into the mechanized agricultural programme said the Nigeria country needed to diversify her economy and agriculture remain a suitable and profitable venture that our people can go into.

Meanwhile, State Chairmen of the Host Communities of Nigeria (HOSTCON) producing oil and gas at their first chairmen meeting in Yenagoa, the Bayelsa State capital has passed a vote of implicit confidence on the Dr. Mike Emuh led national executive of HOSTCON.

Chairman of chairmen of HOSTCON and Bayelsa State chairman of Host Communities of Nigeria (HOSTCON), Chief Engr. Nabina who spoke on behalf of the other chairmen commended the proactive and people oriented policies of the Dr. Mike Emuh led national executive of HOSTCON.

Engr. Nabina said Dr. Emuh pragmatic approach to issue and his bottom to top approach has necessitated this vote of implicit confidence which we believe will encourage him to come with more programmes that will be of benefits to our people.

The HOSTCON chairman of chairmen who also use the meeting to condemn in a very strong term the recent up rising and economic sabotage being perpetuated against national assets in the Delta area advocated for a grassroot enlightenment campaign in the length and breath of the oil bearing areas to enhances security.