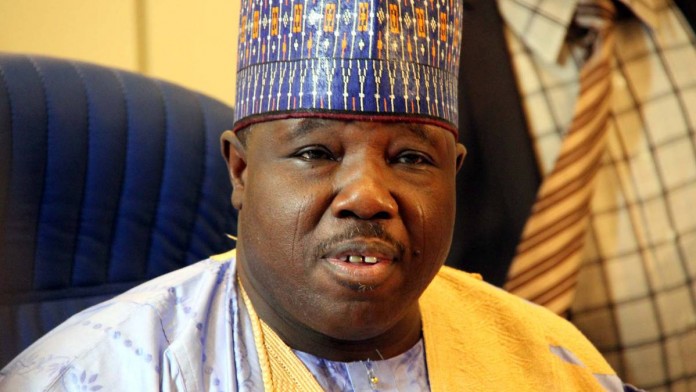 Ali Modu Sheriff, ex-governor of Borno and alleged deep pocket formerly behind Boko Haram, has been chosen to head the PDP since Nuhu Ribadu, EFCC pioneer chairman, took off on learning the opposition’s plan to make him party chairman.

Sheriff was nominated by PDP governors and its National Working Committee on Tuesday at Ondo’s Governor Lodge in Abuja.

Members of the Board of Trustees of the party are reported to be deliberating on the choice now, and afterward the party’s national executives will meet.

Sources said Ribadu, who had got a lot of goodwill from the PDP governors, could have got the position for the asking. But he ducked the appointment because the party has been in deep shit for some time now, especially in the on-going corruption trials rocking the party.

Sheriff, however, became the Hobson choice because Ribadu has been playing the vanishing act since Sunday, and all efforts to reach him have failed.

Besides, the former governor is rich enough, according to those in the know, to sustain the party. They are also counting on his experience and courage.

Before he left the APC, Sheriff nearly fought hand-to=hand with its national leader Bola Tinubu and the interim chairman Bisi Akande at a meeting in Borno last year.

Since the party’s former chairman, Adamu Mu’azu stepped down after the PDP lost out in the March 28 presidential election, the former ruling party has been in a kind of turmoil.

Apart from the arms purchase scandal spattered all over its executives, the scramble for the chairmanship pitted Ahmed Gulak, Uche Secondus, the acting chairman then, and other ambitious elements against one another.

In case Sheriff gets the nod from the party’s national officials, he, with the terrorism baggage, will then become the Messiah who Gov. Mimiko search party got for the PDP.