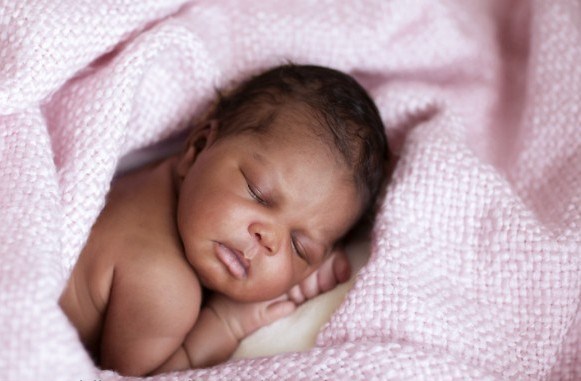 A four months old baby abandoned by its parents has been discovered at the Niger state Secretariat, the Director General of the Niger state Child Rights Agency, Barrister Mariam Kolo told Reporters.

Kolo said that the baby was discovered on Sunday at about 7am after she received a call from a staff of a private radio station in Minna, Prestige FM.

She said she had to direct one of the staff of the Agency, Suleiman Makunsidi to confirm if the claim is true and pick the baby if it is there.

Speaking to The Reporter, Suleiman said when he arrived at the state secretariat which is directly opposite the state House of Assembly, he saw the baby who was dressed in a shirt, covered with a wrapper but wore no pant.

He said he could not ascertain the time the baby was left outside the secretariat but added that the baby’s body had signs of mosquito bites.

“On Sunday at about 7am, I received a call from my DG that I should rush down to state Secretariat opposite house of assembly, that there is a baby abandoned by the parents.

“when I got there, I saw the baby covered with one wrapper, a shirt but no pant, his body was full of mosquito bites. I then took the baby to the office of my DG”, Suleiman said.

Speaking further on the baby, the Director General of the Childs Right Agency said they first took the baby to the Tudun Wada police station to register the matter before proceeding to the General Hospital where the baby was confirmed to be out of danger.

She stated that nobody has come forward to lay a claim or the baby declaring the incident as unfortunate.

“I wonder what would make a parent leave or abandon its child alone in a cold weather like this. This is not fair to the child’s health. We are lucky to have found the child alive and well.

“Right now, the baby is still in the hospital taking treatment while the parents are still being looked for. We discourage this type of incident in the state.”