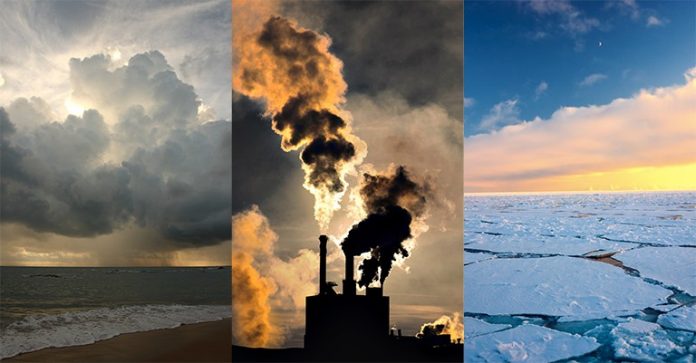 UN says Africa is the worst hit region with climate change resulting to the biggest impact on acute food insecurity and women are more vulnerable.

The Food and Agriculture Organisation (FAO) made this known in the 2018 global report on the State of Food Security and Nutrition.

The report was jointly signed by five head of UN agencies.

It identified the effects of climate variability on rainfall patterns and agricultural seasons, and climate extremes such as droughts and floods, as the key drivers of the rise in hunger, conflict and economic slowdowns.

The UN agencies noted that changes in climate were already undermining production of major crops such as wheat, rice and maize in tropical and temperate regions.

It said that without building climate resilience, the situation was expected to worsen as temperatures increased and became more extreme.

The report showed that the prevalence and number of undernourished people tended to be higher in countries highly exposed to climate extremes.

It said that undernourishment was higher again when exposure to climate extremes was compounded by a high proportion of the population depending on agricultural systems that were highly sensitive to rainfall and temperature variability.

It said that the rising of temperatures, the late or early start of rainy seasons and the unequal distribution of rainfall within a season were affecting food production.

“Other effects include food price hikes and losses in poor farmers’ incomes.

“Temperature anomalies over agricultural cropping areas continued to be higher than the long-term mean throughout 2011 to 2016, leading to more frequent spells of extreme heat in the last five years.

“The nature of rainfall seasons is also changing, such as the late or early start of rainy seasons and the unequal distribution of rainfall within a season,’’ it said.

It indicated that harm to agricultural production contributed to shortfalls in food availability, with knock-on effects causing food price hikes and income losses that reduce people’s access to food.

The UN report noted that women worldwide were especially vulnerable to the impact of climate extremes, particularly in countries where even a semblance of gender parity remained a distance dream.

The report said that the adverse effect of climate change was being felt in many areas that included agriculture, food security, biodiversity and ecosystems, water resources and human health amongst others.

It noted that in many of these contexts, women were more vulnerable to the effects of climate change than men, primarily as they constituted the majority of the world’s poor and were more dependent for their livelihood on natural resources threatened by climate change.

“Women and men in rural areas in developing countries are especially vulnerable when they are highly dependent on local natural resources for their livelihood,’’ it said.

The UN report stressed that to achieve a world without hunger and malnutrition in all its forms by 2030, it was imperative to accelerate and scale up actions to strengthen the resilience and adaptive capacity of food systems and people’s livelihoods in response to climate variability and extremes.