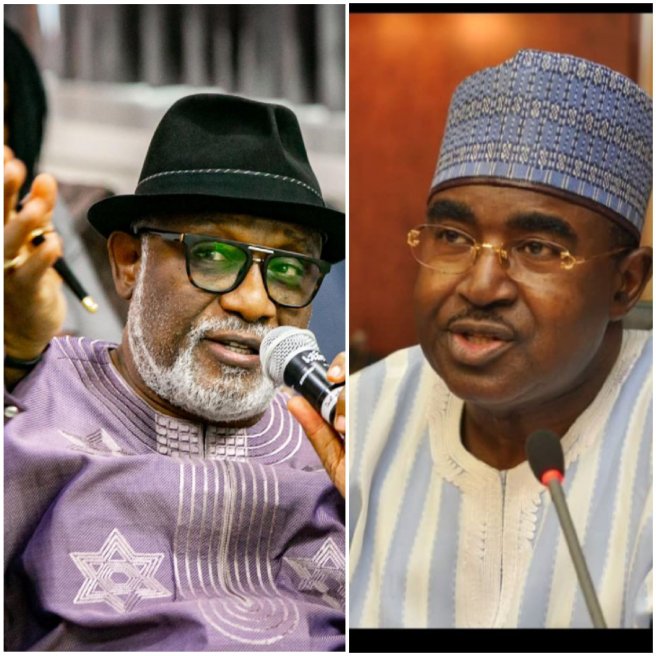 For the one millionth time, Ondo Gov Rotimi Akerele has again pushed for a cannabis economy days after NDLEA boss Buba Marwa fired at such advocacy.

Marwa’s predecessor, Muhammad Abdallah, and Akeredolu had some kind of flimsy mutual understanding of the benefit of the illegal plant. The new boss however is not buying into it.

During a live interview programme tagged ‘Governor Speaks’, on Thursday, Akeredolu insisted Nigerians must find a way to legalise cultivation and consumption of weeds—for medicinal purposes.

“We are only shooting ourselves in the foot. It is a foreign exchange earner for people outside the country. People want this. We ourselves, even our pharmacies want to develop,” the APC governor said as he marked his 100th day of his second term in office.

He said he has been to Thailand, alongside the former NDLEA boss, trying to study the cultivation of cannabis for pharmaceutical use.

“We did all these, we even went there with NDLEA (National Drug Law Enforcement Agency), the chairman at that time went with us, maybe he came and said what he went for was for a different thing but that was why we went and all I felt that let us look at the way they did it over there,” said Akeredolu.

Marwa has been bewailing the spate of drug abuse in Nigeria, asking Nigerians, including politicians to go take drug integrity tests.

He also connects the rising insecurity with drug abuse.

“The relationship between substance abuse and crime is a fact. What is clear is that no sane human being will rise against society to commit the kind of gross atrocities as we are witnessing in recent years, except such an individual has first hardened his heart with mind-altering substances,” the retired general said in late May.

But Akeredolu said everybody has drug problem.

“So when we talk about cultivation, we are saying in which it is a monitored one, in which NDLEA will have an office (near farms).”

The Cannabis Control Bill 2020, sponsored by Miriam Onuoha, is seeking legalization and controlled use of the psychedelic plant.

The bill is awaiting second reading, with a lot of opposition.