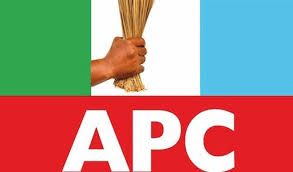 The national convention of the ruling APC has changed its slogan from ‘Change’ to ‘Progress’.

One of the masters of ceremony at the national congress in Abuja on Saturday announced to the delegates they should no longer chorus ‘change’ at the mention of the name of the party.

“When we shout APC, the appropriate response should now be “Progress! “and not “Change!”, he announced.

Also the convention has affirmed former Governor Adams Oshiomhole as the national chairman, and the election of 19 other officers.

Nigerians, especially the opposition, have battered the APC slogan time and again, following the complaint by President Muhammadu Buhari about how difficult it has been to change the Nigerian situation he promised, during his campaign in 2015, to turn around